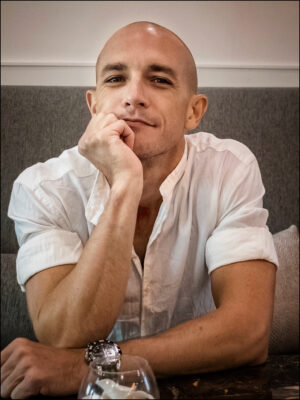 Owsley is an American photographer, photojournalist, news editor, and educator who has taught visual news media courses – Photojournalism, Multimedia Communication for News, Television Production, and Convergent Journalism – at Guangdong University of Foreign Studies for eight years. He has also worked as the foreign editor in charge of Silk Road Post, and visual editor at lifeofguangzhou.com and Guangzhou Morning Post Elite Weekly under the Guangzhou Daily Press Group, and Guangdong Television (GDTV) as a foreign reporter and host.

Owsley earned his master’s degree in journalism from Boston University, for which he wrote Jiujiang 9 Rivers, a photo documentary book on contemporary life in a mid-tier city in Mainland China, and his bachelor’s degree in photography from the Art Institute of Colorado.