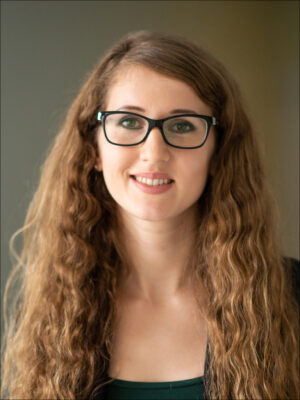 Iuliia Alieva is a doctoral student and graduate research assistant at the University of Missouri School of Journalism. Her research focuses on media effects in data journalism and political communication. She received her bachelor’s degree at the Pyatigorsk State Linguistic University in Russia and her master’s degree at the MU School of Journalism with a concentration on data journalism and international reporting.

Iuliia is a multilingual media professional with experience in data analysis/visualization and international multimedia/broadcast journalism. She came to the United States as a Fulbright scholar from Russia. Through her career path she worked for the United Nations in New York, Center for Public Integrity and Voice of America in Washington, D.C. In 2016 she was selected for Edmund S. Muskie Graduate Fellowship Program and in 2017 she became a Dow Jones News Fund Data Fellow. Projects she contributed for won major national media and press awards such as Society of Professional Journalists awards in New York and D.C., Edward R. Murrow Award, Editor and Publisher EPPY Award for her work at CPI as well as a certificate of appreciation in recognition of special contribution at the Voice of America.