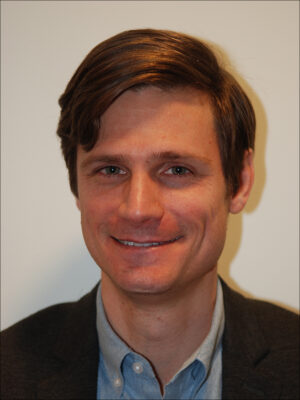 James Gordon researches and develops new platforms for journalism, drawing on his background in coding, data analysis and product management. He also mentors students at the Missouri School of Journalism.

Prior to joining the Missouri School of Journalism’s Reynolds Journalism Institute, Gordon served as a lead developer for the California Civic Data Coalition. In this role, he helped make campaign finance and lobbyist disclosure data more accessible to journalists.

While pursuing a master’s degree in journalism at the Missouri School of Journalism, Gordon worked in the Data Library of the National Institute for Computer-Assisted Reporting. His job involved helping journalists find and analyze relevant data for investigative stories.

Before shifting to journalism, Gordon was a product manager at NGP VAN, Inc., known as the Voter Action Network. While at NGP VAN, he developed field organizing technology for political campaigns and organizations.

He received a bachelor’s degree in English from Hendrix College, in Conway, Arkansas.