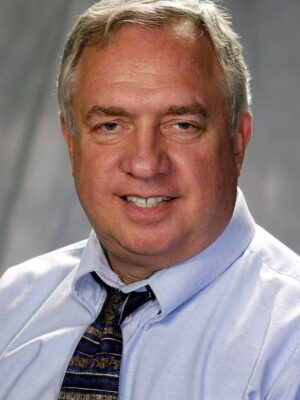 KENT S. COLLINS managed news stories and newsrooms for more than 50 years. During his career he has served duty as reporter, producer, anchor, newsroom manager and consultant.

“I’ve come to accept journalism as my religion,” Collins says. “The mission of journalism mimics lessons of the world’s great religions – truth, honesty, service to your fellow man, respect for all peoples and all creatures.”

Collins’ first television newsroom was KOMU-TV at the Missouri School of Journalism, where he received his bachelor’s degree in 1970. (“KOMU-TV was my first and will be my last,” he says.) He has twice served as news director of KOMU-TV since joining the faculty in 1984. Collins has worked in or studied in more than 80 television newsrooms from Beijing, China to Los Angeles, California to Sofia, Bulgaria to Nairobi, Kenya.

Today, Collins coaches television journalists and consults television station owners in the U.S. and overseas. He serves as an expert witness in civil suits involving the media. Collins has served as a co-researcher and editor of an innovative project with the Missouri School of Law, which investigated the effectiveness of judges, prosecutors and police responding to domestic violence. And he manages the Journalism School’s aggressive “recruiting season” that places students in their first jobs in some of America’s finest television and digital newsrooms.