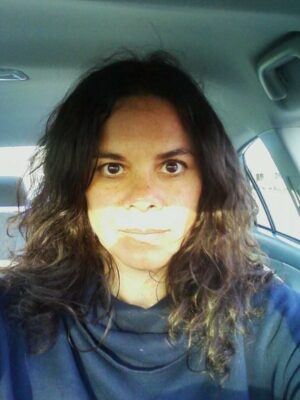 Veteran producer Michelle Smawley is the founding Executive Producer for TRAX, the first podcast network for preteens. The network is funded by the Corporation for Public Broadcasting and has earned nominations from The Webby’s, The Ambies and the 2021 Peabody Awards.

Smawley has worked at ABC News producing for the newsmagazines, 20/20, and Primetime Live. Her stories have included a profile of a gay Prince in India whose decision to come out of the closet turned Indian society upside down and a profile of the Indian guru, AMMA, known as the hugging saint. She also directed segments for the popular ABC News reality series; “What Would You Do?”, including the Emmy award nominated segment, “Shopping While Black”, about racial profiling of black shoppers.

Smawley was selected by ABC News for nomination for the prestigious Peabody, RFK, Polk and Emmy awards for the hour, “Albinism: Caught Between Dark and Light”, an ABC News special about albinism, a medical condition where the body produces little or no pigment in the skin, hair and eyes.

Smawley was a producer and crafted key content, subjects and storylines for the Emmy Award winning series Carrier, a 10-hour PBS/Nat Geo International television series and companion feature documentary Another Day in Paradise. Set aboard the aircraft carrier, the U.S.S. Nimitz during a full deployment to the Persian Gulf – Michelle lived and produced on the ship for a full six months with unprecedented access to subjects and military maneuvers – following Top Gun to Top Brass and the enlisted sailors that form the core of the Navy.

Smawley has served on the faculty of the Graduate Program in Social Documentary at the School of Visual Arts. She attended the graduate journalism program at the University of Missouri and earned a Bachelor of Arts from New York University.