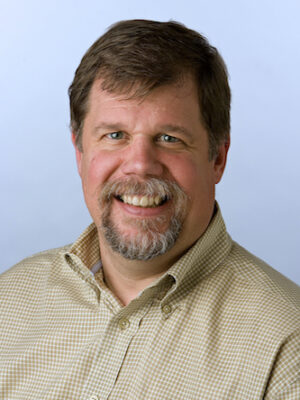 If it were not for a fine arts credit needed to graduate high school, David Klobucar, BJ ’77, probably would be a doctor today. He had a passion for math and science and enjoyed everything from chemistry experiments to dissecting animals in biology class.

During his junior year at Oak Park High School in Kansas City, Mo., Klobucar took an intro to photography class. The next year he joined the yearbook staff as a photographer and was often assigned to cover the sports activities. Photography was a fun distraction from his intensive science courses.

Klobucar enrolled at the University of Missouri in the fall of 1973 as a biochemistry student. He was financing his own way through school, and Missouri’s low in-state tuition was an affordable option.

He received high marks in his first biology and math courses. Then Klobucar hit a roadblock: calculus.

“Calculus was brutal,” Klobucar says. “I was too young, and I did not thoroughly understand the concepts. Calculus is all about building on what you previously learned. When you can not grasp it completely, it is too hard to move on.”

Worse than the subject matter itself, though, was the effect a low grade in calculus would have on his grade point average and his chances of getting into medical school. He weighed different options. By the end of his freshman year, Klobucar knew it was time to give up on science. He began to explore other majors, including photography. That fine arts credit in high school was beginning to change the direction of his life.

Klobucar enrolled in the photojournalism sequence at the Missouri School of Journalism. His coursework included working as a general assignment photographer for the Columbia Missourian, so Klobucar covered different stories and events around Columbia.

One particular assignment taught Klobucar that even photographers needed to do their research. For this task, he was in charge of reporting on a local golf tournament in Columbia. Klobucar arrived at the golf course in the afternoon to begin shooting with his Nikon F camera.

“I had never covered a golf tournament before,” Klobucar says. “I had to use this giant radio to talk to a supervisor back at the Missourian and get instructions on how to cover the game. As I was walking through the course talking on the radio, someone yelled, ‘Move, you idiot!’ I then realized I had been stumbling right through the middle of the fairway.”

From then on, Klobucar investigated etiquette guidelines before covering a new sport.

Learning in the classroom had its real-life aspects, too. Photography professor Angus McDougall used a bulletin board to help students understand what separates good photos from bad ones. The happy-face side of the board featured student photos that he liked. The sad-face side showed disappointing photos. After one assignment, Klobucar found his own picture on the infamous board.

While covering a local high school Friday night football game, Klobucar captured a great shot of a receiver reaching out to make a clutch catch. He had been standing on the sidelines talking with the photographer who worked for the competing Columbian Daily Tribune when he snapped the shot.

When newspapers hit the newsstand on Saturday morning, the Missourian and the Tribune had shots of the catch that were almost identical, down to the same angle.

The following Monday, both pictures were posted on McDougall’s board, directly between the two faces. When Klobucar asked McDougall about the placement, he replied, “Interesting.” Klobucar left it at that. He made the board once more, but that time, Klobucar was definitely on the happy-face side.

The change of majors from biochemistry to journalism affected Klobucar in other ways. His roommate’s girlfriend introduced Klobucar to her Alpha Phi sorority sister at a party on campus. Carol Fowler was from Jackson, Miss., and had just finished her sophomore year, and was starting journalism school as a broadcast news journalism student. They began to date and their relationship continued after Klobucar graduated and began his career.

Klobucar landed a job as a staff photographer for a small weekly newspaper, Countryside Publications, in Barrington, Ill. He felt his Missourian experience and the photojournalism curriculum prepared him for the rigors of the job.

But after a couple months, Klobucar began to grow bored with taking photographs for mostly feature articles. He longed to cover more hard-hitting news stories and decided it was time to move up to a larger, daily paper where he could have these kinds of opportunities.

“As a student, you work hard and are taught to recognize a good picture,” he says. “In the real world, though, you grind it out. I often had 10 assignments a day. I felt like a hamster on a wheel.”

Klobucar moved in with his future in-laws in Jackson, Miss., while he looked for positions at large news organizations around the country. Ed Vidinghof, BJ ’73, offered Klobucar a position at Sun Newspapers in Omaha, Neb., as a staff photographer in October of 1979. Vidinghof was the editor and an accomplished photographer. He helped Klobucar hone his craft and gain confidence as a professional photographer.

Klobucar’s work captured the attention of classmate Barry Locher, BJ ’77, who alerted him about a position at The State Journal-Register in Springfield, Ill. The job turned out to be a good fit for about a decade. He and Carol, married by this time, then decided to leave the state capital and explore options in larger cities.

The Klobucars both received great job offers at the same time, and the couple had to weigh the pros and cons of each. Carol was offered a news writing position at WLS-TV in Chicago. David received the opportunity to transfer within the same company to San Diego. After deciding what was the best career- and family-wise, they moved 189 miles northeast to Chicago in the summer of 1989.

Klobucar began to work as a freelance photographer. He enjoyed the freedom to make his own schedule and pick assignments, a luxury after working in the unpredictable news environment of a newspaper for so long. Six months later, he received a phone call from Phil Greer, formerly a photographer at The News Gazette in Champaign, Ill., who Klobucar knew from covering sports at the University of Illinois. He was now the chief photographer at the Chicago Tribune and asked Klobucar to come in for an interview with the head of the department, Jack Corn.

“I said no at first because I didn’t know if I wanted to work in newspapers again,” Klobucar said, “but I knew I would kick myself later for not giving it a shot.”

A few weeks after the interview, he was offered the position and accepted the job.

Klobucar covered everything from breaking news to sports to human-interest pieces, once getting the chance to photograph Chicago basketball legend Michael Jordan.

Some assignments, though, exposed Klobucar to great sorrow and sadness. On the scene of an apartment fire, he observed a woman waiting for firefighters to find her child who was still missing inside the building.

“It was apparent to me that the reality was the child was dead, so I waited to capture her reaction when she realized it,” Klobucar says.

“I could never get this image out of my head,” he says.

“I had been working the early shift, covering fires, crashes and murders,” Klobucar says. “After 30 years, death and destruction gets to you.”

In 2007, the Tribune Company offered many employees a buy out. He accepted it, like others affected by the struggling newspaper industry and overall American economy.

Klobucar began to shoot nature scenes around Lake Michigan. He rediscovered the joy of shooting pictures for his own pleasure and decided to let his passion guide his work.

Klobucar now teaches photography courses to adults at the Chicago Photography Center. Scenic locations around the city and Lake Michigan serve as his classrooms. Next summer he will teach a course at the Peninsula School of Art in Fish Creek, Wis.

Klobucar tries to share the same passion for photography that McDougall and his other Missouri journalism professors shared with their students.

“It is so fulfilling to take a good picture,” Klobucar says. “Sometimes you can feel it right through the lens. I want my students to experience this as well.”

Klobucar is happy with his career path.

“All of the faculty and students at the journalism school were really talented, and I strived to be as good as them,” Klobucar says. “Besides, I would not be able to take pictures nearly as well if I had become a doctor.”

Francie Szostak, a senior from Northbrook, Ill., is working on a major in strategic communication and a minor in plant sciences. She has been on the Missouri swim team for the past four years and loves cheering for the Tigers.