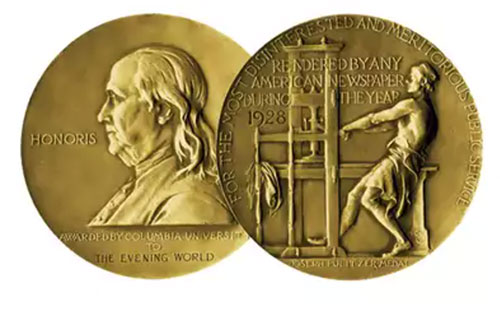 We are honored that many J-School alumni and current faculty have won the Pulitzer Prize. Bestowed for excellence in journalism and the arts since 1917, the Pulitzers were established by provisions in the will of publisher Joseph Pulitzer. Prizes are awarded yearly in at least 20 categories.

The J-School alumni listed below have received the Pulitzer Prize in their own name or as part of a group (noted with * by their name).

The School recognizes there are many alum that have contributed to Pulitzer Prize winning work through their leadership roles in newsrooms and organizations. While they are not listed by name, we are proud of the impact ALL of our alum have throughout the media landscape, making a difference in our communities each and every day.

If you are an alumni and we have missed your achievement, please send us a note to: journalism@missouri.edu.