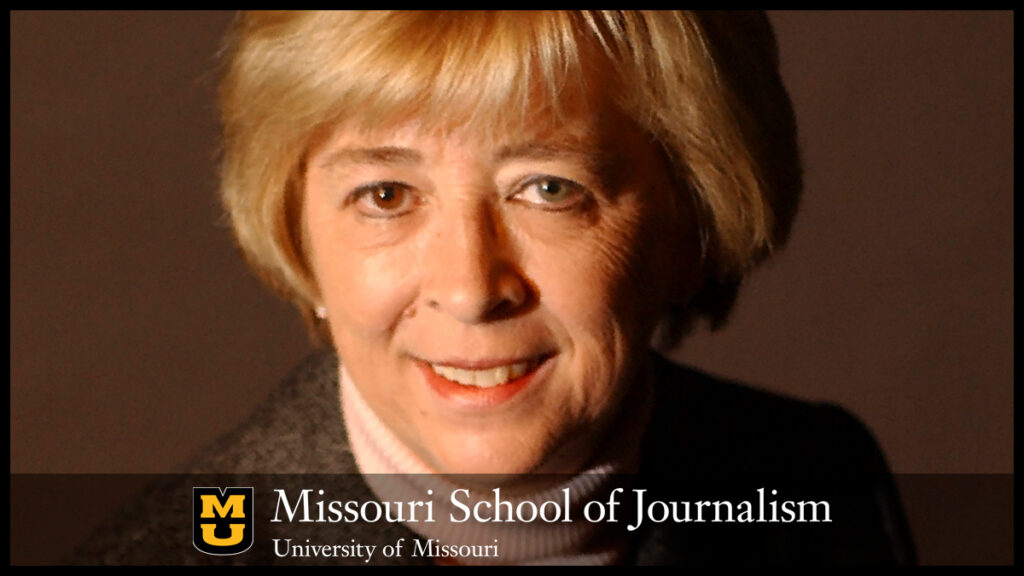 In recognition of her leadership in the media industry and her role in securing its future as the founding executive director of the Reynolds Journalism Institute, family, friends and former colleagues are organizing a campaign to create a scholarship in honor of Pam Johnson, BJ ’69.  The scholarship will support minority students enrolled in the Missouri School of Journalism.

“As practitioners, innovators and industry leaders, our alumni have always been at the forefront of American journalism and have helped lead a profession during times of transformative change,” said Randy Smith, Donald W. Reynolds Endowed Chair in Business Journalism.  “As challenges to credible independent journalism grow, it is crucial we find ways to continue and improve on that tradition.  To help do that, we are establishing the Pam Johnson Journalism Scholarship, which will honor the countless contributions Pam made to journalism as an editor, thought leader and teacher, and especially as a champion of female and minority journalists.”

Smith, an organizer of the campaign who worked closely with Johnson at The Kansas City Star from 1979 to 1988, said the goal is to raise a minimum of $25,000 for the scholarship.  He and other former colleagues launched the effort to honor Johnson, who developed a severe neurological degenerative disorder several years ago that has progressed to an advanced stage.

Johnson served as the founding executive director of the Reynolds Journalism Institute (RJI), a position she held from 2004 until her retirement in 2011.  Prior to RJI, she served on the leadership faculty of the Poynter Institute, in executive and managing editor positions at The Arizona Republic and The Phoenix Gazette, and as assistant managing editor at The Kansas City Star.  Johnson began her career working for The Joplin Globe and the Binghamton (N.Y.) Evening Press.

“We were so lucky to have Pam Johnson as the founding director of RJI,” said Dean Mills, former dean of journalism.  “She guided the building of the Institute into the major force for good it became. And she did it with creativity, grace and unflagging optimism for the future of journalism.”

Johnson was awarded the Missouri Honor Medal for Distinguished Service in Journalism in 2000 and shared the 1982 Pulitzer Prize that was awarded to The Kansas City Star and Kansas City Times for coverage of the Hyatt Hotel skywalk’s collapse.

She served as president of the Associated Press Managing Editors, as a Pulitzer juror and as a judge for the American Society of Newspaper Editors Best Writing Awards contest.  She has served on numerous boards including ASNE, APME, the Freedom Forum Pacific Coast Center, Investigative Reporters and Editors, The Foundation for American Communications and the Missourian Publishing Association.  Johnson is a founder of the Journalism and Women’s Symposium (JAWS), a group formed to help women in newspapers through networking.

Jacqui Banaszynski, Knight Chair professor emerita and 2009-10 RJI fellow, praised Johnson’s leadership in the industry.  “Pam was thoughtful, a generous listener, acted with integrity and was a true champion for young women coming into the profession,” Banaszysnki said.  “All those are traits that journalism, and the world, desperately needs these days.”