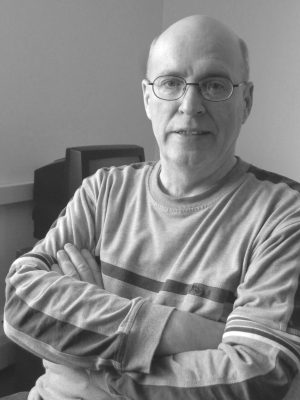 What do you do?

I’ve been a freelance author, photojournalist, and editor 42+ years, plus was a staffer and college teacher. I create, publish, donate (including to Smithsonian), display and sell, my documentary/art works. I’ve authored 285+ books so far, including 200+ volumes in my award-winning “Spirit of America” series. My recent books include books of photos by me taken in Britain and South Korea; a book of photos I took of Danica Patrick as National Press Club main speaker, 2-21-12; books of photos by me at UW-Madison men’s varsity football games; biographies of Bert Hardy, James Cameron, and John H. Whale, whom I met and interviewed/worked with in 1981’s Missouri-London Reporting Program as a Sunday Times reporting intern (also, my best photo-portrait of Bert Hardy and his dogs Lizzie and Kim is in the Photos Collection of the Brit National Portrait Gallery, NPGx126230) ; Spirit of America, Vol. 90: Tiger Spirit (a book of photos taken by me in Missouri in two+ decades); SA98: Wonderment, or Alive at 205? (a book of photos I took in-studio of PBS NewsHour staff, featuring Mizzou alum Jim Lehrer’s unofficial retirement photos by me and photos by me of Judy Woodruff, et. al.; the title is based on a comic story Jim told me about Mizzou’s Dean English; SA108: Remembering Merle Haggard (a book of photos I took at a 2013 Merle Haggard and Strangers concert in La Crosse); SA109: Courage and Light Writing (a book of photos I took of a Mass of Thanksgiving then-new Crd. Ray Burke presided at in his native La Crosse Diocese at La Crosse’s St. Joseph the Workman Cathedral); SA110: The Case of the Old Rocky Road, or Writings at Ease and on Deadline Too; SA116: Mom and Dad’s 60th Valentine Anniversary Party 2010 (photos taken by me of my parents’ and immediate family at one of our parents’ biggest parties); and SA118: Rev. Jesse Jackson at UW-LaX 3-29-11 (photos by me of Jesse Jackson speech, etc.); and SA119: To Sir and Lady with Love–Excerpts from My British Memoir, and My Personal History of Photography. My photos of presidential campaigns (no fewer than 6 eventual presidents photographed by me); writings about photographing and corresponding with St. Mother Teresa; & my photos of Viterbo U. Holocaust Survivor Guest Speakers, especially Elie Wiesel (Nobel Peace Laureate & founding chair of USHMM) & Eva Schloss (Ann Frank’s step-sister). And I continue to be one of the world’s most-prolific living authors. In recent years, an Irish fire medic/county administrator/photographer/family patriarch, Paul Curran, has also creatively contributed photos by him & some of his writings to the SA book-series. We’ve collaborated on two volumes of world photo history, e.g., SA171 & SA176, etc. And I researched, wrote, & revised for WI newspapers, & for 25 years total a 56,000-word report about the 15+mysterious riverdeaths at La Crosse, WI, SA193 (“Stolen Children”), plus many other groundbreaking books.

How did you get your job?

What is the best professional lesson you learned at the J-School?

Taking each day one step at a time; being open-minded, curious, ethical, and focused on people and works I love. Also, not everyone earns big money/fame soon after graduation. I’ve not so far had personal income of more than $15,000 annually; but my sponsors continue to be generous, including family and friends.

What advice do you have for current students?

Be patient, yet persistent, have a good sense of humor, know the rules (even if in good conscience you need to break some; Family of Man Curator/MOMA Photo Dept. Director and World-Famous Photographer Edward Steichen broke some key design rules when he was a boy), and improvise adeptly, to achieve your goals. It also helps to have good family, friends and other readers to share your positive works with. Prayer and serendipity don’t hurt either.

What is your favorite J-School memory?

I have a few from my years at Mizzou. I did a Missourian photo-story for Prof. Veita Jo Hampton’s class in 1980 on a five-year-old boy born with spina bifida & great spirit & sense of humor. And Profs. Kennedy & Morgan convinced me to take chances once in a while. Prof. George Kennedy, when I was almost ready to travel to London for the Sunday Times internship program, that professor asked me to cover a severe wind/rain storm in Columbia; though shy about it, I did cover that storm, & my story was titled “It Wasn’t Business As Usual”. Prof. Ernie Morgan said a couple weeks’ earlier, when I told him my grades were poor and maybe I shouldn’t go to London, “you’ll regret it, David, the rest of your life, if you don’t go to London now”. Ernie Morgan also wrote to me about my Missourian London report edited by John H. Whale, in which I covered a tense 1981 meeting between Britain’s Cardinal Basil Hume and 50 IRA relatives at Westminster Catholic Cathedral in London: “The story is good. Good writing.” In addition, my parents attended my J-School graduation in Columbia in May 1984, a great event.

Mizzou was the first school my parents and I attended of my three university graduations. Held outdoors, I’ve been told I chain-smoked during it. I quit smoking permanently in 1989 when I returned to Columbia, Mo., to work in a news mail-room. We lived in Columbia ca. six months then, when my son Matthew was two. Matt now has a very successful career of his own as an electrical engineer. He and his partner live in northern Illinois.