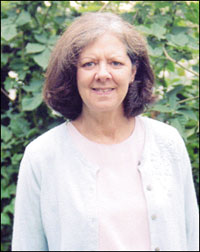 What types of work have you done throughout your career and what do you enjoy the most?
My first full-time job after graduating from Mizzou was working as a writer and editor for Campus Crusade for Christ at their former headquarters in San Bernardino, Calif. As a member of the publications department, I wrote articles for publications, such as newsletters, brochures, tabloid-size newspapers and magazines. Sometimes I helped cover ministry events or conferences, and occasionally this involved travel. My assignments were usually features, but also I contributed poetry to several publications. I was a Campus Crusade staff member for 11 years. After leaving Campus Crusade in 1980, I had three other employers who were Christian organizations. In these positions, I was doing similar work – editing, writing and eventually, transcribing tapes of correspondence. After I had spent some time transcribing on an electric typewriter, my supervisors asked me to learn about computer software. In 1984, I returned to St. Louis. As time went by, I became familiar with DisplayWrite 4 and 5, WordPerfect and Microsoft Word. In 1989, I had a position that involved proofreading textbook copy for a typesetting company in St. Louis. I used only a slanted desk and pencils to do the work. The environment reminded me of the School of Journalism because I was checking spelling and typestyles on the galleys. After three months, however, my supervisor told me that many of their book contracts had been cancelled, so my job was ended. From 1990 until 1996, I was a staff member of Washington University in St. Louis. As an information processor, I enjoyed transcribing tapes for administrators and being a part of the campus atmosphere every day.

How has the industry changed since you first entered the field?
When I attended the School of Journalism in 1968-69, we didn’t have computers. We were using copy paper, and we typed all of our stories on manual typewriters in the newsroom. I learned how to design layouts for the “lifestyle pages” of the Missourian. Everything that I did was sketched in pencil on the layout pages with spaces marked for photographs. I am not familiar with the computer programs that are used in today’s newspaper or magazine offices.

What was the best professional lesson that you learned while at the J-School?
The best professional lesson that I learned was not to assume anything about people in advance before meeting them and interviewing them. My class on “Book Reviewing” taught me how to read and evaluate an author’s work after reading a book, rather than just quickly skimming over it, reading the jacket material and coming to a few conclusions that might not be valid. I still try to follow these principles whenever possible.

What advice do you have for current students?
When I was a journalism student, I thought that if I received a degree I would always be able to support myself financially. For 13 years, I did have full-time work as an editor/writer for organizations in other states. But since the summer of 1983, my employment opportunities have been in the areas of transcription, typing, reception work, data entry and filing. I’ve accepted these other tasks, but I have continued to look for jobs that would involve aspects of journalism. I have tried to be hopeful that editorial work will be in my future again. Directors may not have any editing or writing projects to hand out. The best response is to resist the temptation to be bitter. When you really like journalism and you don’t want to be in any other field, it is hard to handle times when someone in authority is saying that you have to “find a new job.” I worked as a temporary for a while, and many times an agency representative would say to me, “How about customer service?” I could never understand why they thought I would want to become a customer service agent after receiving a degree in journalism.

What did you want to be as a kid?
Long before I ever thought about writing and editing, I loved to play in a sandbox or in the dirt, digging up the ground and trying to find anything of value. I thought that it would be exciting to become an archaeologist and research artifacts or bones. Also, I took piano lessons for five years and dancing lessons for several years. I thought about both of those fields.