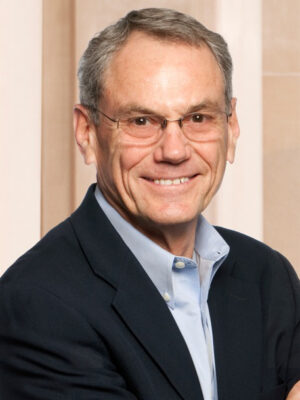 Who do you feel has influenced the profession of advertising the most?
It’s not a who. It is a group of people: David Ogilvy, Bill Burnbach, Leo Burnett, Ray Rubicam, Ed Ney, and Bill Marstellar.

Is there a common characteristic that resonates with this group?
They all had great respect for the consumer, and they were risk takers. They innovated. Ray Rubicam was the first guy to use television as a commercial medium. Ed Ney was the first to put advertising, PR, direct and sales promotion together to create a truly integrated offering to clients. Bill Marsteller raised business-to-business advertising to new heights.

Why did you want to be the CEO of the first Soviet-American advertising agency in the Soviet Union?
It was the last frontier of marketing in the world. Y&R had a tradition of being a pioneer. They were first in China in ’86 and then the USSR in ’89. I felt it would be a great adventure, and it was. You can read about it in my book, Moscow Meets Madison Avenue, published by Harper Collins.

What were the steps you took to bring advertising to this marketplace?
We had to do a lot of “upstream” work. For one of our clients, Colgate, we helped them find a Soviet joint venture partner and a factory where they could produce toothpaste. Advertising was one of the last steps, because first you had to have products on the shelf. Then we had to convince the media they should accept advertising. It was not allowed in those days.

How has advertising changed in the past twenty years?
When I got out of this school, all of the advertising agencies were independent and only doing print and broadcast advertising. Since then, agencies have merged together to form large, public holding companies. Obviously, technology has given ad agencies many more tools with which to deliver more focused messages to more targeted audiences. For years we thought television was the best vehicle for advertising; now we know it is the Internet because it offers a two-way dialogue.

You’re now the executive director of ICOM. What’s that?
ICOM is a network of 70 independent advertising agencies in 51 countries. The agencies offer localized integrated marketing communication services. They understand and appreciate the benefit of having of belonging to an international resource.

You received the Missouri Honor Medal in 1994. What does this mean to you?
It is a terrific honor to be recognized by the school that helped to launch your career. I got it the same year as Molly Ivins, a political columnist whom I dearly enjoyed reading, and Sam Donaldson, an aggressive ABC reporter. It was good to be in that company.

If you had to give one piece of advice to a student starting out in advertising, what would it be?
Success is 70 percent attitude and 30 percent skill. You learn well the basic skills at the J-School, but success is more about attitude, enthusiasm, energy, curiosity, hard work and a willingness to take risks.

What is your favorite memory of your time at MU?
Oh, football Saturdays were the best, and I assume they still are. The very best for me was in 1965 when I was chairman of the homecoming queen selection committee. For a month I was the most popular guy on campus.

What is it like to come back and visit the Missouri School of Journalism?
The further away I get from this institution, the more I appreciate it. And, every time I come back, it is better than the time before. It is a work in progress and always will be.