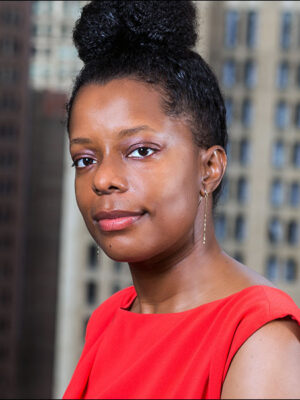 As one of LinkedIn’s Top Media Voices of 2015 and one of Folio’s Top Women in Media 2016, Kellye Whitney, BJ ’97, understands the media landscape and how to connect with an audience. She grew up surrounded by books and knew she wanted to write. This passion led her to the Missouri School of Journalism, launching an exciting career that includes starting new magazine titles, speaking at national gatherings and creating content for both digital and print platforms.

Why did you decide to come to Mizzou?
I came to Mizzou for one reason and one reason only. When I graduated from high school, the Missouri School of Journalism was ranked No. 1 for journalism, my chosen field.

How has your “Missouri Method” education shaped your career?
The Missouri School of Journalism is synonymous with quality and rigor. It’s recognized instantly and has probably opened quite a few doors for me. There’s rarely been a situation I’ve encountered in my career that I’ve felt ill equipped to deal with.

When did you first realize what path you would take with your career?
I’ve known that I wanted to be a writer since I was a child. I used to write my own books as a very little girl, and then bind them with a three-hole punch and red yarn. My mom is a retired librarian for the Chicago Public Schools, so I grew up surrounded by stories. Of course, back then I thought my writing prowess would help me become a romance novelist. I’ve since amended it to the slightly more ordinary journalist/editor.

What was your most beneficial J-School class?
I’d probably have to say my time at the Columbia Missourian made the most impact on me. Talk about trial by fire. After entering that newsroom, people either dropped out or grew into great journalists. Sometimes you’d only have a few hours to go out into Columbia, fact find, interview, then come back and write up your copy. I remember I once had to go interview people who’d just been laid off from their jobs. Literally, the company had just closed that morning. That was something, probing the newly unemployed – some of whom were crying – for details on their situation.

How did you get your first job?
I applied! You have to look, look, look and look some more, apply, customize and network. Looking for a job is a job.

Is there something you wish you would’ve known as a student that you know now?
So many things. The main thing would probably be to take your image seriously. What you do as a young man or woman will follow you. The world’s a lot smaller than you think, and getting smaller all the time. Guard your image, especially with the Internet and social media as pervasive as they are. Nothing is private.

Advice for graduating seniors?
In addition to what I’ve said elsewhere, don’t be discouraged if things don’t happen the way you think they will. Embrace change. Be flexible. There’s more than one way to get what you want from life. Act with integrity, always be concerned with quality, learn continuously and never ever let fear of the unknown stop you from taking a calculated risk.