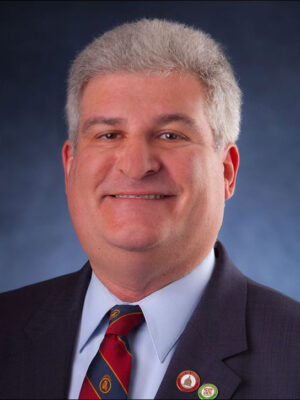 What do you do?
I am the editor at Washington Information Source, a publisher of FDA trade newsletters and compliance research sources, including FDAInfo.com and FDADocuments.org. I also serve as supervisor of Leesburg District, Loudoun County (Virginia) Board of Supervisors (elected in 2011) and previously on the Leesburg Town Council (2006-11).

How did you get your job?
I started WIS in 1991 with one monthly newsletter, and we now have four, plus our book service. I previously worked covering the FDA for other publications in the D.C. area after getting my MA in 1985. I became involved in local government in politics as a civic activist, which led to three straight election victories in Leesburg, Virginia in 2006, 2010 and 2011.

What is the best professional lesson you learned at the J-School?
The importance of fairness, balance, accuracy and not taking sides, something that is severely lacking in the news business today.

What advice do you have for current students?
It is a shame that the newspaper business, news radio and to some degree local TV news is dying and jobs are drying up. I cannot recommend pursuing a career in print media. Even trade newsletters, like my own, are in decline, so I have pursued a second career in politics.

What is your favorite J-School memory?
The 75th anniversary celebration and the seminars. I also won several Missouri newspaper awards. Really enjoyed IRE conferences, too.