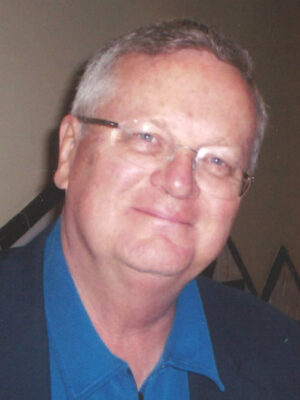 What do you do?
Retired from the Chicago Sun-Times in June 2010 after 41 years in the sports department, I’ve stepped up my freelance writing and am coordinating my writing projects through the website, lenziehmongolf.com. In retirement. I’ve continued to do some writing for the Sun-Times. I’m also doing a weekly golf column for the Daily Herald chain of Chicago suburban newspapers, weekly columns and features for Chicago District Golfer newspapers. I’ve also been a regular contributor for the Chicago District Golfer magazine and report on the Chicago Fire soccer team for the Comcast SportsNet Chicago website. Those were somewhat extensions off my Sun-Times days, but I’m also working to develop myself in travel writing. In addition to some pieces in print publications, I’ve been highlighting these projects on my website and my four website partners.

How did you get your job?
The freelance work started when I was still at the Sun-Times, where my beats also included collegiate sports (11 years), the Chicago Blackhawks (nine years), tennis (five years) and the Chicago Marathon, which I’ve covered for about 25 years.

What is the best professional lesson you learned at the J-School?
You need to be resourceful and versatile. (Don’t know that the latter is as much a requirement now as it was when I came out of J-School.)

What advice do you have for current students?
Explore all phases of journalism. When I was in school I wanted (and got involved in) newspaper work. Now the options aren’t as limited as they were then.

What is your favorite J-School memory?
In college I was also on the cross country team and, at least twice, I went to road meets with the cross country team, ran in a Saturday morning race, left the team to cover an afternoon football team and then drove back to Columbia with my sports-writing partner. Ah, those were the days!

Any parting comments?
Just stopped back in Columbia in May and was pleasantly surprised to see how the town and campus have changed. It was always a happy, festive place for me and conjured good memories. I’d only been back in town twice since leaving in 1967. The facilities for both the Missourian and Columbia Tribune (where I held a part-time job while in graduate school) have improved greatly.