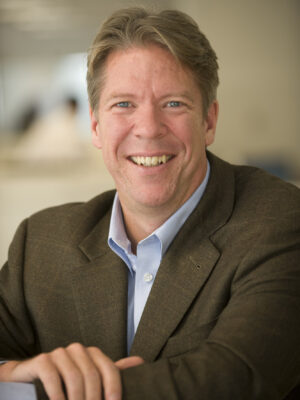 You’ve covered numerous historical events from the California Recall Election to the D.C. sniper attack to the war in Iraq. Does any specific event stand out in your mind as one that you were most grateful to have been a witness to?
Yes, but I like it even when the story is not a big one. It’s our job as reporters to not only cover stories where the level of interest is high, but also to cover every story to the best of our ability. I did cover the Iraq War from the Pentagon and heard from many people that I helped them understand exactly what was going on. I helped people take a fire hose of data and simplify it. I also took the same approach to the best campaign I ever covered or ever will cover – the Democratic presidential nomination fight in 2008. I traveled all over the country for 14 consecutive months and tried with each and every story to explain what happened that day, how it compared to what happened in the past, and what it might tell us about the future. I did that on television. Here at National Journal, I spend a great deal of time explaining the story-behind-the-story on various issues and within the Republican and Democratic leadership circles.

Do you have an example of a smaller story that has had a big impact on your career?
Let me share with you one story that I’ve never forgotten. I had to call up the parents of a young boy who had just been killed by a drunk driver while riding his bike. I didn’t want to call these people. They were grieving their son, and they had found out about his death while driving past the wreckage of his bike. I did end up writing the story about the son’s life and his impact on the community, and eventually didn’t think any more about it until six months later. I ran into the mother at the police station, which was my beat, and she immediately recognized me though I had forgotten her face. I thought she was going to yell at me, or be angry with me, but she thanked me for being so true to detail and letting the community know who her son was. People think journalism is all about asking the President the big questions, but it’s really about the stories like these.

You were with President Bush in Florida on Sept. 11 when he received the news about the attacks on the World Trade Center and at that time, there was some controversy about the speed of his response. What were your own observations about the President’s reaction?
I wasn’t in the actual classroom with the traveling pool of reporters that day, but I think that it was difficult to understand the dimensions of the situation at first. People assume that he would have walked out as soon as he received the news, but he motioned to the reporters, “Not here, not now.” People think they want to see immediate action, but they also don’t want to see business in pursuit of nothing. First reports in any crisis are almost always wrong, and the President knew that the country would require a sense of calm. Also, I think he felt like every other American at the time. We were all paralyzed. I neither condone nor condemn the President’s reaction, but I think it’s essentially arguing over the difference of 11 minutes versus two. I wrote extensively at NationalJournal.com about my personal reaction to the U.S. mission that led to bin Laden’s death. I really wasn’t able to deal with many of my emotions from that day with Bush in Sarasota until bin Laden had been killed. There are times when stories echo and reverberate for years. In my case (and I know I am not alone in this, 9/11 did so for nearly a decade).

You have held numerous positions to which current journalism students aspire. What advice would you give them about gaining experience or overcoming obstacles?
The most important thing is to focus on a dream, not on a plan. Many reporters get frustrated because their career didn’t follow their plan. They think, “I should be working here within this time span.” There is no plan, only a direction. Also, the only way you get ready for the big stories everyone wants to cover is by working on the small stories. You play the way you practice.

What was the best professional lesson you learned while at the School of Journalism?
Every fact matters. No fact is small. Double-check every fact. You want proof? I’ll give you proof. My boss at National Journal, Ron Fournier, is one of the greatest journalists of his generation. I competed against him when I covered the White House for CNN. He was a monster, a breaking news giant. He carries two yellowed obit from his days as a cub reporter in Arkansas. It’s the same person in the obit. The difference? The second one has the deceased’s name spelled correctly. Ron tears up to this day explaining how he felt when the dead man’s widow called him directly and asked him what was so important in his life that he couldn’t bother to spell her dead husband’s name correctly. That call has haunted him ever since. As well it should.

What’s one thing about you that might surprise people?
If I couldn’t be a journalist, I would be baseball player. In fact, after leaving the game alone for 30 years I took it back up this year. I played well until I injured my hamstring. My baseball motto now is this: The spirit is willing, my hamstrings are weak.

You’ve worked for networks that have reputations for being liberal and conservative. What is your take on media bias?
The allegation of media bias actually tells us more about the accuser than the accused. When I worked for CNN, self-identified conservatives would tell me that they didn’t watch the network much. But when they did watch, they said that they respected my work as “less liberal” or “more fair” than the others. When I worked for Fox and covered the Democratic caucuses and primaries, self-identified liberals said much the same thing to me. Facts are not biased. There’s no bias in a cop story. Two cars slam into each other, six are dead. Facts, tragedy, story: no bias. There’s no bias in a hurricane story. Wind speeds, damaged structures, power outages, and deaths. Facts, tragedy, story: no bias. The accusation of bias and the potential for bias centers around politics and policy. The more someone cares about a particular policy or political outcome (liberal or conservative), the more sensitized they become to bias. Another factor is the viewer’s relative power to influence political outcomes. I take bias very, very seriously. I try never to bias a story in anyone’s favor.

What is your opinion on media figures such as morning talk show hosts becoming celebrities themselves?
Celebrity comes with television. I never sought a TV career and spurned it before it began at Mizzou, ignoring the advice of all and switching mid-junior year from broadcast news to news-editorial. TV warps almost everything it touches even when celebrities aren’t involved. Everyone reacts differently when the TV crew arrives. Celebrity status or awareness can improve your access. But celebrity is a byproduct, not the product. Anyone who pursues journalism to become a celebrity is a dishonest fool. It’s about the story: the facts, the people, the event, the consequences, and the reactions. As for me, I’m noticed and I try to thank people for caring enough to watch and caring enough to say hello. I recently gave up my D-List Celebrity status as a cable news reporter to do what I love to do most — report deeply and write with passion and, I hope, precision. I gave up a lot of money in the process. I horrified many in the industry who can’t imagine a life without TV. I took me about 7 seconds to get over TV. Hairspray and face powder are now discretionary, not mandatory. I enjoy this very much.