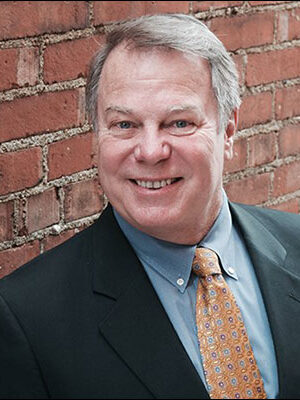 What do you do in your role as assistant executive director of the Missouri Press Association?
The Missouri Press Association is a trade association of Missouri newspapers. We have about 270 member newspapers and represent these newspapers’ interests in Jefferson City during the state legislative session. Our job is to lobby for Sunshine Law, Freedom of Information and Public Notice issues – basically to protect First Amendment rights as they pertain to the public and newspapers. The MPA also acts as an advertising agency that makes buying all 275 newspapers easy. There is also an education arm of MPA that provides scholarships and member training.

Is this what you thought you might do in college?
I was an advertising major at Mizzou, but I thought I wanted to emphasize public relations. So I took some news classes as these were recommended as good preparation for this field. My beat was small college sports, including Central Methodist College and William Jewell College. I covered Columbia College basketball.

What did your career path to the Missouri Press Association look like?
After I graduated, I worked for the Wichita Falls (Texas) Times and Record News in advertising for a year and half. Then I felt a desire to get back to Missouri, so I wrote three letters – one to the Springfield News-Leader, one to the St. Louis Post-Dispatch and one to The Kansas City Star. The Star hired me as a sales person in retail advertising. I worked at The Star for 33 years in various management positions, including oversight of our expansion into digital and interactive opportunities. I also served as group publisher of the Cass County Democrat Missourian, the Belton Star Herald, the Lee’s Summit Journal and the Olathe News.

Do you have any career regrets?
If I had to give an example of one regret, it would be when I was one year out of school. I was working in Wichita Falls, Texas, and I was offered the sports anchor position for the 6 p.m. and 10 p.m. newscasts at a local station. The pay, though, was a third less than I was making at the time, so I passed. Looking back, I should have taken that chance and gotten the experience. What I didn’t realize then is that I could have could have gone back to my original field of study if I didn’t like being an anchor. Who knows, I could have been on ESPN today. The lesson is that you must have the attitude of taking a chance and trying something that you feel uncomfortable in doing.

You served as president of the board for the Columbia Missourian Before accepting your position at MPA. What were your responsibilities?
My role as president of the Missourian board was to provide an outside perspective and advise the staff on opportunities and possibilities. All board members come from geographically different areas – some of us are from Missouri, some from Florida and the like. Work-wise, not all of us are news people as I am an advertising person.

What was the most interesting aspect of being a board member?
Realistically, it’s to help the Missourian become as vibrant an information medium as it can be. As an advertising person, I want the Missourian to be profitable.

What advice you can give to current students in the School of Journalism?
Don’t ever give up on pursuing your passion, be it news writing, advertising sales or photojournalism. The key thing in journalism is that an opportunity will present itself at some time. I have a lot of friends I work with who do what they didn’t study in school. I feel fortunate because for about 30-plus years, I am doing exactly what I wanted to do when I graduated from Missouri. While I could never have envisioned how the Internet has influenced our lives, I relish in the fact that I am involved with a medium that embraces it. We now present the news in a variety of formats, whether that be in tablet, desk top, phone or newspaper. We are still practicing good journalism.

What is your fondest memory from being in the Missouri School of Journalism?
In my last semester, I had advertising sales class, which was considered a difficult class. I sold ads in an area near Parkade Plaza and had great success doing it. Prior to this experience, I knew newspapers were fun, but I didn’t know what I wanted to do. With that experience, I was able to see success and knew it was what I wanted to pursue.

Since you now reside in Columbia, are there places that you still frequent that you also went to as a student?
Harpo’s is the first that comes to mind. They enclosed the back deck while I was in school. Heidelberg would be another. Booche’s was considered fine dining while I was here. Today, I will argue that you can’t find a better burger anywhere.

What is one thing that would surprise people about you?
I am an avid whitewater river canoeist. I love to take trips to find the wildest river I can. The Big Piney and the Mulberry Rivers in Arkansas are two of the more challenging rivers.

What did you want to be as a kid?
I wanted to be a major league baseball player, and then later I wanted to be a basketball coach or a sports writer. It wasn’t until I got to Mizzou and crossed over to the “dark side” that I discovered that advertising is just as much fun sports writing.