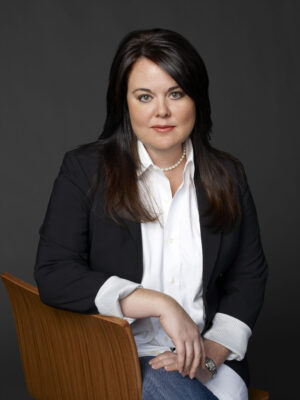 Senior vice president and editor-in-chief of CNN Digital Worldwide Meredith Artley, BJ ’95, has nothing but fond memories of Missouri.

“I am proud to be Missourian,” says Artley. “I love the university and the state and what they stand for.”

Having grown up in what she describes as a “tight-knit, very social neighborhood” in North Kansas City, Mo., Artley said it was the people of Missouri and the relationships she built that she cherishes most.

“Most of the Missourians I know have certain traits in common: They tend to be clear and to-the-point, solution-minded, community-focused and practical,” she says.

Artley had heard many great things about MU from people living in Kansas City, Mo., but when her parents moved to North Carolina when she was 12, she left the state she admired so much. Artley started her college career in North Carolina, attending Appalachian State University. However, when her parents’ careers moved them back to Missouri, Artley, then 19, knew she needed to transfer to MU.

“I couldn’t pass up the opportunity for in-state tuition at the best journalism school on the planet,” she says.

A broadcast news major, Artley said her experiences at the University of Missouri’s NPR radio station, KBIA, and NBC-affiliated television station, KOMU, made her a firm believer in the Missouri Method.

“I loved the way that practice and theory were woven together – discussions of big topics like investigative journalism, media law, how to find your journalistic voice, etc., would go right alongside how to edit a reel or frame a shot,” says Artley. “It was the essence of the Show-Me State mentality.”

“I loved the way that practice and theory were woven together – discussions of big topics like investigative journalism, media law, how to find your journalistic voice, etc., would go right alongside how to edit a reel or frame a shot,” says Artley of her Missouri Journalism education.

“I loved the way that practice and theory were woven together – discussions of big topics like investigative journalism, media law, how to find your journalistic voice, etc., would go right alongside how to edit a reel or frame a shot,” says Artley of her Missouri journalism education.

Artley progressed through college when the journalism profession was at the cusp of a monumental technological change. Everyone knew digital formats were developing, but few knew the implications that these held for the future.

“It was early enough to have this fascination with all things Internet related – the discussions on the Usenet groups could blow your mind – and late enough to see that there were massive changes coming,” says Artley.

Artley points to two important events that occurred while she was at the School that helped her realize that digital journalism was her calling. First, professors Ann Brill and Brian Brooks taught online journalism classes that Artley says intrigued her about the then-unrealized possibilities of online journalism. She learned about the first dial-up Internet service providers, such as Prodigy, Compuserve and AOL. The early versions offered e-mail, message boards, online news services, among other features. Journalists were excited about the wealth of information the Internet could provide and what that meant in terms of a free press. Brill and Brooks anticipated a strong future of news on the Internet and taught their students about the many opportunities that would soon be available and what they should do to prepare for the changes.

“It was a great foundation, and new habits and addictions were quickly formed,” says Artley. “I remember walking across campus every day to the computer lab at Walter Williams Hall to check e-mail via Pine. My friends and I would do it before heading to Harpo’s.”

The second event happened one day when Artley saw a sign posted in Neff Hall that read, “Do you want to get paid $10/hour for surfing the Internet? E-mail Bob Sullivan.”

Eager for online experience and extra cash in her pocket, Artley responded to the flier. She was one of the MU students selected to surf the Web in one of the J-School’s computer labs and write a few sentences to describe new websites. The descriptions Artley wrote as part of the Microsoft Links Lab team appeared wherever the sites were mentioned on MSN.com.

“I recall that there were 10 of us, and we worked 10 hours a week for $10 an hour,” says Artley. “We were paid to surf the Web and write about what we found. And then we promptly spent that money on beer and pizza at Shakespeare’s. I’d do it all over again.”

Not only has the quality of websites changed, but also the number of websites available has grown exponentially since Artley’s Links Lab experience. In 1995, there were roughly 18,000 websites. Today, there are more than 66 million. Artley says the combination of Brill and Brooks’ teachings and the Links Lab experience inspired her and made it clear to her how many career possibilities she had in online journalism.

Beginning Her Career at The New York Times

When Artley graduated in 1995, The New York Times was searching for people who knew about the Web and who could get its newspaper online. Elizabeth Osder, MA ’94, who earned her master’s in photojournalism, was Artley’s “in” at the Times. At the time, Osder was the paper’s new media director. She helped Artley get her first interview there a few months after her graduation, which led Artley to her first big job as a producer for NYTimes.com.

“I didn’t know ‘Bitsy’ (as Osder was known) at Mizzou, but Bob Sullivan, who started the Microsoft Links Lab, put me in touch with her once I graduated and started looking for jobs,” says Artley. “Bob was such a major influence and the gateway to meeting great people.”

Artley says a combination of journalism entering the online arena, and her experience at the School and the Links Lab prepared her for the opportunity.

“I had enough experience to get my foot in the door,” says Artley. “It was the right moment.”

She says the Missouri Method of getting students to complete real-world journalism in a real newsroom setting is a quality that makes MU the perfect setting for students wishing to learn to do journalism.

At the time Artley joined The New York Times, a business model for the Web wasn’t developed. The idea of updating stories as often as soon as possible was relatively new. Many papers felt the Web-version of stories should mimic the print version, but The New York Times was willing to let the team Artley worked with experiment with new options to determine the best methods for online newspapers.

After working with the Times for almost seven years, Artley was offered an opportunity to work in Paris, France, with the International Herald Tribune, ultimately becoming the editor and director of IHT.com. Her experience there allowed Artley to view different sides of the online newspaper business. She had the opportunity to work more closely with the sales and marketing teams. Artley learned more about the mobile marketplace, too.

Artley returned to the United States to take the position as executive editor for The Los Angeles Times website in 2007. When she arrived, the company was working on ways to integrate its online and print staff into one operation. Newspapers’ websites kept growing as a main news source for many people. At the time, the skill set for these two types of journalism differed somewhat. Most print journalists were accustomed to focusing solely on generating stories people wanted to read, while online journalists were doing digital journalism in their own silo. Most newspapers had kept the two types of journalists separate, but the Artley and the rest of the leadership at the Los Angeles Times saw an opportunity to combine the knowledge and efforts of both groups to create better journalism and a more productive company.

“What I was most proud of was the coming together of print and digital journalists, and how we combined all of that expertise,” says Artley.

The result was significantly increased traffic at LATimes.com, and its number of unique users doubled. Artley says another one of the highlights of working at The Los Angeles Times was to see how the community responded. She explains that although The New York Times has a strong local community, it also serves a national audience. However, the The Los Angeles Times, although read by people all over the nation, went to great lengths to serve their local audience.

“It gave me a picture of what it was like to work in and for a city and a region,” she says.

In 2009, Artley relocated to Atlanta to become the managing editor of CNN Digital, with its popular site, CNN.com, and mobile platforms. Artley half-jokingly uses a metaphor of the physical fitness system of Pilates for their goals.

The new areas include topics where she sees their audience has a particular interest, such as CNN.com’s food and religion blogs, Eatocracy and Belief, and also include enterprise reporting, expanding a roster of voices in the site’s opinion section, and participatory journalism via iReport and user comments.

“We’re going to continue to move more towards looking at where our audience is and meeting them where they are,” says Artley.

She says a big key to the future for CNN is in telling stories with its audience, with interactive and participatory journalism.

“iReport is a huge strength,” she says. “Every day, our audience engages at this very high level, sharing stories of their lives, sharing their thoughts and opinions and sending us images and video if they see news break. That kind of audience relationship is unparalleled in the news industry.”

Artley says journalists must to take into account this new perspective of audience.

Other Missouri Journalism alumni at CNN who Artley works with include Bob Hesskamp, BJ ’82, a senior vice president, and Cody McCloy, BJ ’95, a producer. Both completed the broadcast news program at the School.

She keeps in contact with her former and fellow “J-heads” on Facebook. Artley says she plans to return to MU in 2011 with her husband, Naka Nathaniel, and their son for a visit she says is long overdue.

Artley’s primary advice to students is to take advantage of the connections made with the help of the School.

“Those relationships were so valuable at that early stage,” said Artley. “And it’s worth noting that I made them after graduation. So as graduates hit the job market, be sure to take advantage of the connections to your connections. Ask for introductions.”

She also suggests students use their time at MU wisely to gain as much knowledge as possible.

“There are so many resources there, so many smart people,” she says. “They know their stuff; they know good people you might connect with. You’ll find that some of that advice or some of those connections will resonate and stick with you, and those are things that make a big difference.”