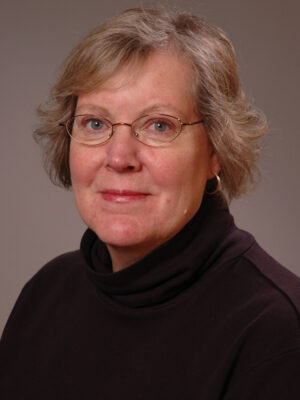 Why did you make the switch from reporting news to public relations?
It was boredom. I had been working for a newspaper since I was in high school. After 23 years at the Chicago Tribune, I literally ran out of beats to cover. Then I got an unexpected offer from Hill & Knowlton, a public relations agency. I talked with people I respected very much as to whether I should take the position, and the consensus was that if I went and didn’t like it, then at least I could say that I learned something new.

What did you find most interesting when you began working in public relations?
I became very involved in crisis work. I just fell in love with it and felt like I had discovered my calling. It’s like doing nothing except page-one breaking news every day.

What do you mean when you say “crisis work?”
We’re dealing largely with the communications issue involved with the crisis. A good example would be a manufacturing company that built infrastructure for things like mines and oil rigs in Central America. A group of guerrillas kidnapped a dozen people working there. It wasn’t a political action but merely to hold them for ransom. At one point the guerrillas decided that negotiations were not moving fast enough, so they murdered one of the hostages and dumped his body in the middle of a public road. The company that hired us was very concerned because some of the families of the hostages were going public with criticisms, saying the companies were not doing enough to get the hostages free. The executives of our companies were flummoxed because they knew they couldn’t talk about what they were doing because they didn’t want to jeopardize the hostages. So they said nothing. They asked us to come in and help them with the communications.

What advice did you give the company?
We told them a couple of things. Number one is that the families of the people being held hostage needed to have instant access to top executives. They also needed to feel that the companies were really behind them and available to them. Second was that the other employees needed constant assurance that the company was doing everything that it could, because employees might be asked to work in very dangerous parts of the world. The employees needed to know that their company would be standing by them if they did so. Finally the company needed to know how to deal with outside inquiries from the media.

How did the executives take the advice?
The executives were fascinated because it never dawned on them to say, “I can’t tell you what I’m doing, but you need to know we’re doing everything we can.”

Where did you learn how to do public relations like this?
When you’re on the news side, you’re covering these types of incidents. Reporters know that there is much people can’t say when in the midst of a crisis. I now help people understand that there are times you can’t answer a question and times that you shouldn’t answer a question. The reporter is not a criminal for asking the question, but you need to know how to graciously not answer the question.

Now that you have been on both sides of the news, what advice would you give consumers about what news is and what is being fed to them as public relations?
If the consumer reads or sees something on TV that they don’t agree with, the information is often considered inaccurate slop. Everyone has an opinion, and I’m thankful for a free press. You can read anything you want. No one requires you to read The Wall Street Journal or watch CNN. What I would tell people is to seek out things that they disagree with. You might as well hear what the opposition is saying, and you might learn something.

You’re very passionate about your work. What would you say drives you about your public relations work?
I had a blast as a reporter. I learned a lot, I was respected, and I felt powerful, and I enjoyed that. But now I really find value in helping a client understand what is newsworthy and what is not. I think I save clients from being embarrassed with bad pitches. I think when I work with executives, they are more prepared to talk to the media. There are also times when you really help get something newsworthy out there in a manner that is understandable.

When you were a student at Mizzou, where did you find yourself spending the most time?
I spent most of my time at the Columbia Missourian when the paper was housed in space behind Neff Hall. I probably spent more money at the Heidelberg restaurant and Shakespeare’s Pizza than I spent on books. My heart was very broken when the Heidelberg burnt down last year, and I’m glad that it was restored as much as possible to the original. Shakespeare’s opened when I was at Missouri, and I still think that they have excellent pizza – and that’s quite a thing to say coming from Chicago, where they make the world’s best pizza.

Other than journalism, another one of your loves is sailing. How did sailing become one of your pastimes?
A friend of mine at the Tribune taught both my husband and me how to sail. We bought our first boat in 1984, and it’s like having an instant getaway. It’s the only way I can describe it. We don’t take people out often, but it’s like having a vacation without having the hassle of flying someplace.

What is the meaning of your boat’s name: “Inflexible?”
It’s actually the name of a military boat. The Inflexible was a battle cruiser that saw action in WWI.

What does the Missouri School of Journalism mean to you?
There is simply no substitute for the hands-on experience, and there is no other journalism school that can give you the Missourian or KOMU. I see it as good experience for the real world because the people who hustle are the ones who end up with the page-one stories. I also look back at the emphasis on writing. Missouri still emphasizes writing.