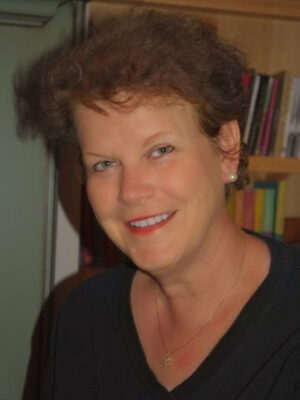 What do you do?
I am the public information officer for the Catawba County Library System in Newton, N.C.

How did you get your job?
I was a volunteer for the library system for several years and served as president of the Friends group. One day I simply asked to go to work for the library system. That was more than five years ago. I now write a weekly newspaper column and blog along with traditional press releases and coordinate adult programming, displays and “other duties as assigned” – all on a half-time basis. Yes, I keep pretty busy.

What is the best professional lesson you learned at the J-School?
When you cover a story, you should come back with at least three more story ideas.

What advice do you have for current students?
Be prepared to pay your dues. I have never regretted working for my small hometown daily, doing everything from reporting to photography, darkroom work and paste-up. It was my first job out of college.

What is your favorite J-School memory?
Dan Rather, then at 60 Minutes, spoke at the J-Week banquet. One of his comments was that we may all aspire to land a job like his, but very few will ever get there. It was an egocentric statement perhaps, but a realistic one. I believe he mentioned that his success was due to preparation and timing, and his, of course, had been covering the Kennedy assassination in Dallas. Little did we know he would later become the CBS News anchor.

Any parting comments?
In July 2011 I earned my MFA in creative writing (fiction) from Stonecoast, University of Southern Maine. In August I published a collection of stories, “Dining with Robert Redford and Other Stories” (Little Creek Books, Bristol, Vir.). The stories are 21 slices of life from our own times. Meet Lena the textile worker, and Kim Waldon who interprets dreams, Doris the traveling mannequin and the Hastings, a middle-aged couple who spot Robert Redford at a local restaurant. There are also characters tangled in odd situations: the beautician haunted by a smoking figurine, a church woman who has a squirrel fall on her head, a man who installs firecrackers in his attic as a fire alarm system. The book is available through any book store as well as on Nook and Kindle.