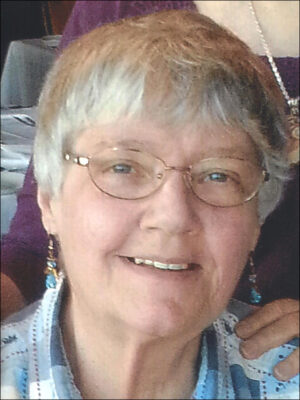 Why did you choose the Missouri School of Journalism?
I wanted to be a journalist when I graduated from high school in Japan. My dad said to choose the best school for journalism. That’s how I wound up at Mizzou.

What was your first job, and how did you get it?
I applied to three newspapers the summer after graduation and wound up at the Mesa (Ariz.) Tribune as a fill-in reporter. later became a fulltime reporter/photographer then city editor there. I worked for Arizona State University for two-and-a-half years, then for the City of Mesa for 27 years, starting out as their first public information officer, then serving in a variety of management capacities, finishing as director of the Neighborhood Outreach.

How did the Missouri School of Journalism prepare you?
It taught me to speak well, to write well and to be a confident, straightforward communicator. Having a degree in journalism from Mizzou opened a lot of doors for me professionally over the years.

Who was your favorite professor while you were at School?
Thomas Duffy. He was an old-style editor from East St. Louis. He had no degree, but he was a legendary editor. I remember him being quite the taskmaster. He gave credit when deserved and insisted on excellence. He was a professor who cared and showed it. Many of my greatest memories while at Mizzou involved him. What he taught me served me well throughout my career.

What was your greatest memory in the Missouri School of Journalism?
I covered the town of Centralia. I had to borrow a car to get there. It was difficult and exciting! I didn’t realize it would be so hard — but it was great training for the “real world” of journalism! I spent many a late night on the road, then sat into the morning hours of the nesroom perfecting my story to Mr. Duffy’s satisfaction (sometimes that took three or four tries). Oh, and I had 6:40 a.m. copy desk class the next day.

What was the best lesson you learned while at the School?
Being able to express yourself is your most valuable skill, no matter what job you have. You need to be able to tell someone else what you know; otherwise, it doesn’t matter whether you know anything or not.

What advice do you have for current journalism students?
My advice would be to raise the level of integrity in the journalism profession. Say no to being used by politicians and lobbyists. Don’t lose your objectivity and passion for accuracy – it’s the only thing that separates a professional from a gossip or a “citizen journalist.”