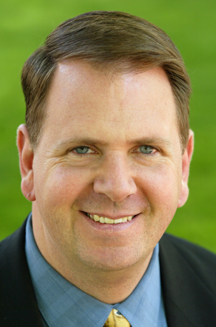 What do you do?
I spent 27 years in commercial TV news covering education, consumer, investigative, statehouse and environmental beats. During my final eight years I switched to public broadcasting for long-form TV news magazine reporting for Oregon Public Broadcasting’s Oregon Field Guide. At OPB I also reported for radio and the website. Nowhere else had I ever had the freedom to choose my own stories and have as much time as I need to tell them. It’s the first job in my life to exceed all my expectations. After retirement, I’ve poured my passion for research into finding family history and have now been elected president of the Genealogical Forum of Oregon, which operates the largest genealogy library in the Pacific Northwest.

How did you get your job?
Lobbying and networking for eight years. Seriously, I met managers at OPB long before they had job openings. I stayed in touch for ages knowing that was where I wanted to land. Working in public broadcasting was a dream come true after spending 27 years in the frantic and increasingly-frivolous world of television news.

What is the best professional lesson you learned at the J-School?
Investigative stories require extreme attention to detail – and an understanding not to take critiques personally. I spent six months working on a probe of an embezzlement scheme at a Columbia credit union that had never been prosecuted. After the story was edited, Professor Dale Spencer took a look at it for legal review and suggested major, some would say wholesale, revisions. I did not take it as an attempt to kill the story. He just saw holes that needed to be filled. Back to the drawing board (and the edit bay) it went, and once revised, it aired. The School and KOMU stood behind me.

What advice do you have for current students?
Accuracy matters. If you zoom to be first but get your facts wrong, you did not win any race.

What is your favorite J-School memory?
I loved reporting from the national political conventions in 1984 from Dallas and San Francisco for KBIA. I marvel at how easy it is to send audio anywhere in the world via the Internet. Back then I had a cassette deck and a set of alligator clips. After unscrewing the mouthpiece on a telephone (yes, you could actually open telephones then), the clips would connect the tape recorder and I could play back sound bites to someone recording on a reel-to-reel recorder in the KBIA newsroom. They did all the editing for me back in Columbia. It’s a shock to the system to see that old reel-to-reel recorder now on display as an antique in Gannett Hall!