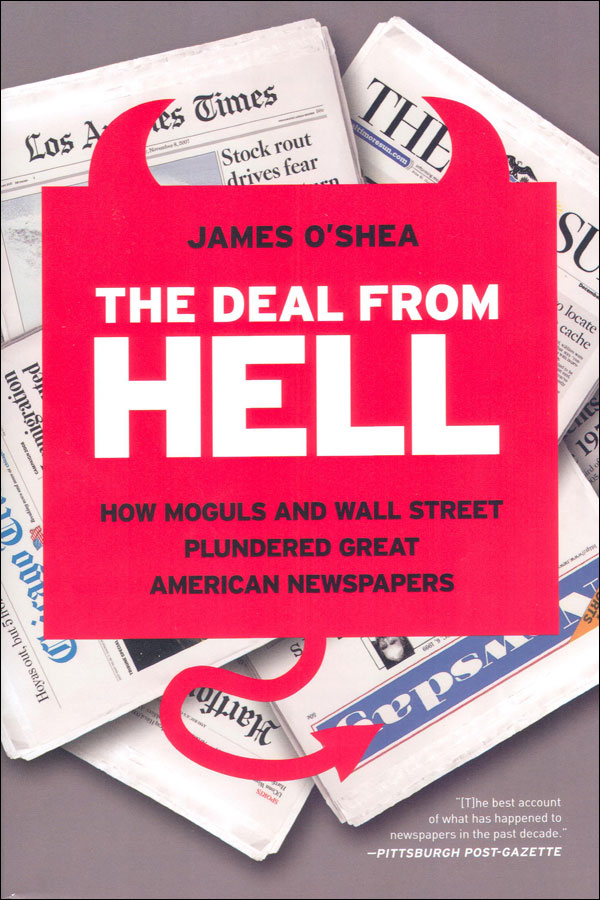 James O’Shea, MA ’71, is the author of “The Deal from Hell: How Moguls and Wall Street Plundered Great American Newspapers” (Public Affairs, 2011). The book chronicles the series of events after the Tribune Company acquired Times Mirror Corporation, which was the most powerful collection of newspapers in the world at the time, in 2000. O’Shea takes the reader behind the scenes of the decisions that took Tribune into bankruptcy and public scandal.