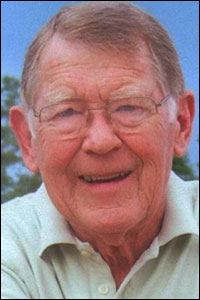 Joe Hardy Jahraus, BJ ’63, died May 1, 2015, in Tulsa. Following graduation, he worked as an editor of Hallmark Cards and later as director of sales and promotion for Skelly Oil, which later merged with Getty Oil. As a student at MU, he was a cartoonist for Show Me Magazine. A prolific artist, his work has been featured in numerous publications, and his illustrations have been shown at countless art shows across the U.S.