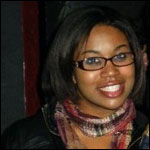 Juana Summers, BJ ’09, was elected to serve a two-year term on the board of the Online News Association, the world’s largest membership organization of digital journalists. Her term will begin January 2012. She is a national political reporter for POLITICO and currently covers the 2012 presidential election. She came to POLITICO from The Kansas City Star, where she covered the Missouri Senate race and worked on the Star’s award-winning Midwest Democracy Project. She has also reported for the state legislative bureau of the St. Louis Post-Dispatch, where she covered Missouri government and statewide issues.