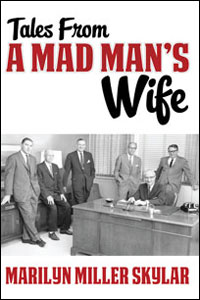 Marilyn Miller Skylar, BJ ’48, has written “Tales From A Mad Man’s Wife,” a memoir about the career of David Skylar, BJ ’49, the first student reporter to receive an expense account from the University. He went from a 20-year stint in advertising and public relations to a demanding role as publisher of 17 newspapers that he combined into one company as the first suburban newspaper group in the United States. Many more accomplishments followed, but it all began at Mizzou when he was a returning Air Force veteran.