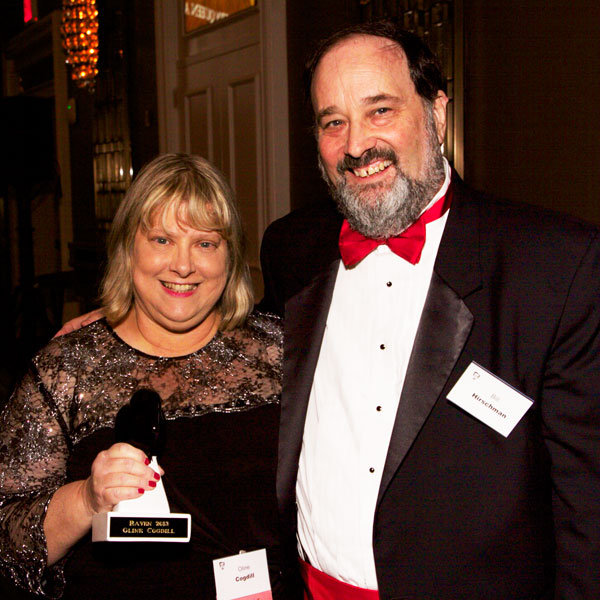 Oline H. Cogdill, BJ ’74, was honored with the 2013 Raven Award from the Mystery Writers of America. Established in 1953, the award recognizes outstanding achievement in the mystery field outside the realm of creative writing. The Raven was presented during the annual Edgar Awards gala in May. Cogdill has been a journalist for more than 35 years and is the mystery columnist for the South Florida Sun Sentinel. She also reviews crime fiction for Mystery Scene Magazine and Publishers Weekly. Cogdill was awarded the 1997 Sun Sentinel’s Pettijohn Award and the 1999 Ellen Nehr Award for Excellence in Mystery Reviewing by the American Crime Writers League. Her reviews are syndicated nationwide. Cogdill is married to Bill Hirschman, BJ ’73.