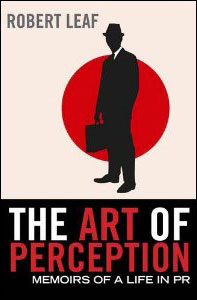 Robert S. Leaf, BJ ’52, MA ’54, published his memoirs, “The Art of Perception: Memoirs of a Life in PR” (Atlantic Books, 2012). He was with Burson-Marsteller for 40 years and was international chairman when the company was the world’s largest public relations firm. Leaf, who lives in London, now has his own consulting firm and advises and trains top executives. Among his many accomplishments are bringing public relations to the Soviet Union in the midst of the Cold War and signing a partnership agreement with the Chinese Government in order to establish the first public relations firm in that country. Leaf received the Missouri Honor Medal for Distinguished Service in Journalism in 2011.