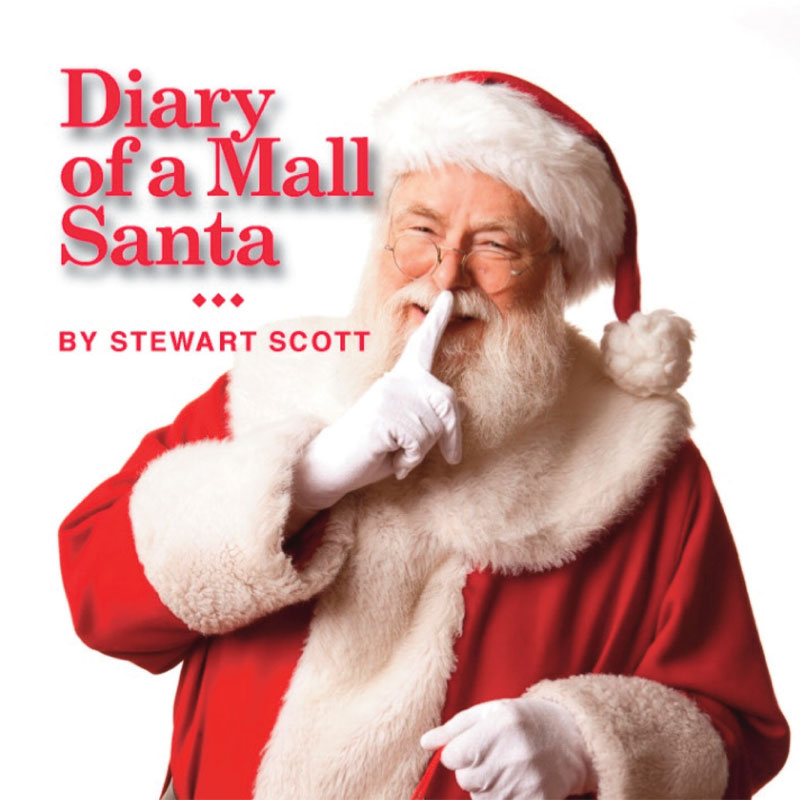 Stewart Scott, BJ ’64, is the author of “Dairy of a Mall Santa,” available as a Kindle book on Amazon.com. The book includes 113 stories, mostly about meetings with children, but a few stories are about encounters with adults. One story, for example, is about a young, unmarried couple. They marched into Santa Land smiling broadly, and announced they wanted to have their pictures taken with Santa, a.k.a. Scott. All stood in front of the Christmas tree in a group hug, with the man and woman flanking Scott on his left and right. “The woman placed her right hand softly but firmly on my rear end,” Scott said. Read the entire story to find out what happened next.