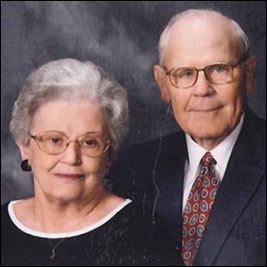 Webster Hawkins, BJ ’47, recently died in Kansas. He began his journalism career as a high school sophomore, working at the St. Francois County Journal where he worked as a printer’s devil. After graduating from Flat River Junior College in 1944, Hawkins accepted a teaching position in De Soto, Missouri, taught seventh and eighth grade mathematics and coached high school football and track for two years before entering the University of Missouri to study journalism. Hawkins worked his way through school operating a Linotype for the Columbia Daily Tribune. During his career as a newspaper owner, Hawkins served as president of the Kansas Press Association in 1970 and as president of the National Newspaper Association in 1988. Hawkins earned the Robert M. Bailey Award from NNA in 1988, the Missouri Honor Medal for Distinguished Service in Journalism in 1989; and the Clyde M. Reed Jr. Master Editor Award from KPA in 1996. Hawkins also served on the board of the Columbia Missourian for several years.