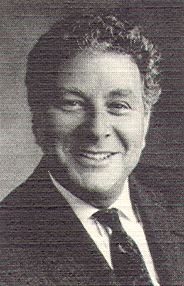 Bob Bernstein, co-founder, president and chief executive officer of Bernstein-Rein Advertising, Inc., has spent the pat thirty years building one of the largest full-service advertising agencies in the United States. He has been chairman of the Missouri council of the American Association of Advertising Agencies, the Advertising Club Board of Governors and the National Association of Broadcasters. He was named the Advertising Professional of the Year by the American Advertising Federation in 1995. He has also taken a personal and professional interest in the advertising program at the Missouri School of Journalism, having visited the school and hosted Missouri faculty, staff, students and alumni in his offices. A vocal proponent of diversity and multiculturalism, he recently established the Bernstein-Rein Minority Advertising Scholarship for minority students attending the Missouri School of Journalism.