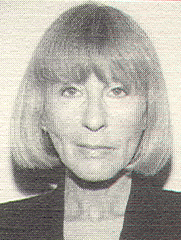 Catherine Leroy arrived in Saigon in February of 1966 as freelance photojournalist at the age of 21. A native of Enghien, France (a Paris suburb), she had no formal photographic training. Despite her lack of experience, Leroy’s arresting images of the war were printed in many publications, including Life, Time and the Sunday Times of London. During her two years in Vietnam, she was captured by North Vietnamese troops during the Tet Offensive and wounded in action with the U.S. Marines. She was the only accredited correspondent in Vietnam to take part in a U.S. Army combat parachute jump. But Vietnam was just the beginning of the conflicts Leroy would cover. In 1973, she was on assignment for Time magazine in Northern Ireland. In 1975 she covered the fall of Saigon, and from 1975 to 1977 she photographed the civil war in Lebanon. She was the first woman to receive the Robert Capa Award, and has received numerous other awards for her collection of work. Leroy recently launched Piece Unique, a fashion service on the Internet for the “True Femmes du Monde of the Next Millennium.”