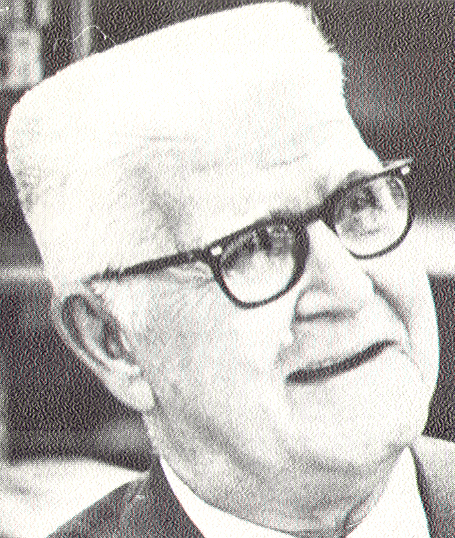 Professor Emeritus Clifton Edom has a record of memorable achievements in the field of photography. Edom, a graduate of the University, organized and headed the School of Journalism’s photojournalism department. He founded the Fifty Print Competition and Exhibition, forerunner of the Pictures of the Year contest, in 1943; started Kappa Alpha Mu, the national photography honorary fraternity, in 1944; and began in 1949 the new famous University of Missouri Photo Workshop for working press photographers, which he continues to direct.

Among the honors Edom has received are the Joseph A. Sprague Award from the National Press Photographers Association “for devoted service in advancing photojournalism as author, editor and teacher.”

Edom also has received recognition from the Professional Photographers of America, Inc., the German Society of Photography and the Department of Defense. In 1971, he was awarded a medallion from southwest Baptist college inscribed “to Cliff Edom, the Father of Photojournalism.”