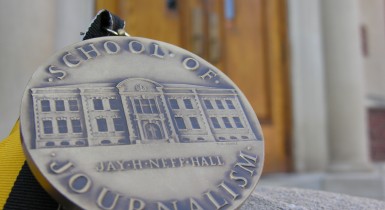 The Committee of Concerned Journalists is a consortium of more than 7,000 reporters, editors, producers, publishers and academics concerned about the direction of and pressures facing American journalism. Created in June 1997, the group aims to clarify standards and principles in journalism by bringing journalists together to discuss their craft, its purpose and what sets it apart from other forms of communication. Since its inception, the organization has established a statement of concern created by professionals nationwide. The Committee conducted 21 public forums attended by more than 3,000 people nationwide, in-depth interviews with more than 100 journalists, editorial content studies and other critical research to identify the nine shared core principles of journalists. Bill Kovach, the Committee’s founding director and chairman, and Tom Rosenstiel, vice chairman, published the results of this study in the seminal book, The Elements of Journalism: What Newspeople Should Know and the Public Should Expect. Mr. Kovach and Mr. Rosenstiel also co-authored the Committee’s “Traveling Curriculum,” an ongoing education program that since 2001 has shared these core principles with more than 6,800 journalists in more than 120 print, broadcast and online newsrooms and with 26 organizations and educational institutions. The work of the Committee is being expanded to promote standards and engage the public in a common effort to assure the social and economic value of a journalism of verification.