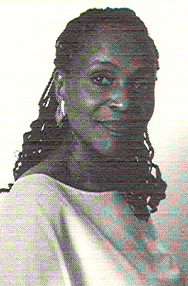 Dorothy Gilliam began writing for the metropolitan news desk at The Washington Post in 1961, after having been an associate editor for Jet magazine. Taking time away from the Post in the mid-60s to spend more time with her children, she freelanced magazine articles and was a part-time reporter for WTTB-TV’s “Panorama” in Washington, D.C. Since returning to the Post as an assistant editor in 1972, she has served as chairwoman of the board of directors for the Institute for Journalism Education, an organization that promotes racial diversity in the media. She has also served as president of the National Association of Black Journalists (NABJ), as a fellow at the Freedom Forum Media Studies Center at Columbia University, and as a fellow at the Institute of Politics in the John F. Kennedy School of Government at Harvard University. Among her many honors are the Graduate School of Journalism Alumni of the Year Award from Columbia University, the Ann O’Hare McCormick Award from the New York Newspaper women’s club, the Capital Press club’s Achievement in Journalism and Journalist of the Year awards, and the Unity Award in Journalism from her alma mater, Lincoln University.