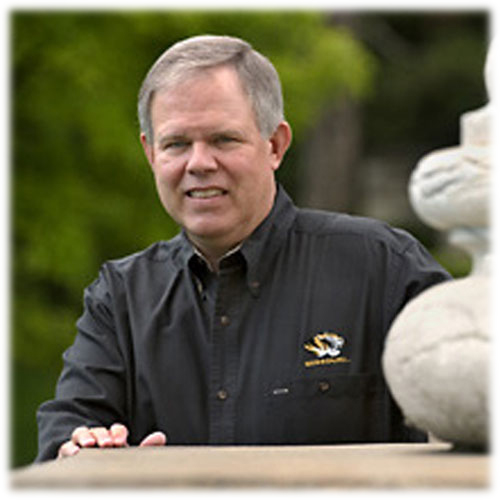 Doug Crews, BJ ’73, is recognized around the nation for his advocacy work as executive director of the Missouri Press Association (MPA). He supports journalism-related issues as a registered lobbyist to the Missouri Legislature and throughout the state. Crews also oversees MPA’s convention and meeting planning activities as well as its advertising sales. He has served in numerous leadership positions for the industry’s foremost professional organizations, including the Newspaper Association Managers and the National Newspaper Association. Crews helped lead the successful MPA fundraising drive that raised $1.1 million to establish the Community Newspaper Management Chair at the Missouri School of Journalism. Crews was selected for membership in Kappa Tau Alpha, the national honor society for journalism and mass communication in 2004. His interest in journalism began as a student when he worked for his hometown newspaper, The Odessan, during his high school and college years in Missouri. After graduation he held editor and publisher positions at various newspapers in the state, including The Franklin County Tribune in Union, The Edina Sentinel and The Fairfax Forum, before purchasing The Lawson Review. He joined the MPA in 1979 as assistant director and was named executive director in 1990. Crews served as president of the 37,000-member Mizzou Alumni Association from 2004-2005 and received the organization’s prestigious Faculty-Alumni Award in 2007. His civic involvement includes organizations that champion literacy, history and overcoming developmental disabilities.