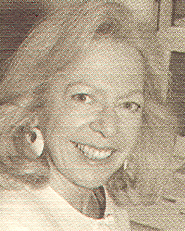 Edith Lederer, a 30-year Associated Press veteran, is one of the best-known war correspondents in the world. Ms. Lederer joined the Associated Press in 1966 and spent the next few years reporting on student protests, the civil rights movement and Robert Kennedy’s senatorial campaign. In the 1970’s she was one of the first female foreign correspondents, covering both the war in Southeast Asia and the Yom Kippur War in Israel. In 1975, she became the AP’s first female foreign bureau chief, working first in Peru and later in the Caribbean. As her career progressed, she investigated terrorism in Northern Ireland, the opening of China to the United States, the Soviet invasion of Afghanistan and the 1989 revolution in Romania. More recently, she has reported on the genocide in Rwanda, the Women’s conference in Beijing and the unstable peace process in Bosnia.