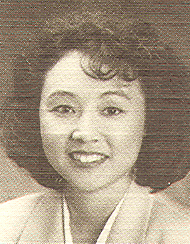 Janet Mason is the Vice President of News for Gannett Broadcasting. A native of Mason city, Iowa, Mason began her career working for television station in various Iowa cities. In 1979, she joined Gannett’s KARE 11 in Minneapolis as a general assignment reporter. She progressed through a series of positions at KARE 11, culminating in an appointment as Vice President of News. Under her guidance, KARE 11 reached the number-one position in all major newscasts and received numerous regional, national, and international awards. In 1996, she was promoted to Vice President of News for Gannett Broadcasting. In her current position, she consults with news directors throughout the country, helping them improve their service. A frequent guest speaker and lecturer, Ms. Mason is an annual guest instructor at the News Executives Seminar sponsored by the Missouri School of Journalism. She serves on an advisory committee on diversity for the Radio and Television News Directors Association and as a mentor for the Asian American Journalists Association.