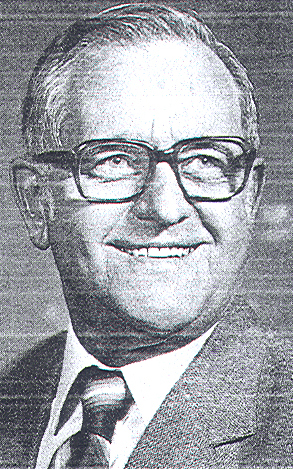 Joseph R. Snyder was born in Kansas City on July 6, 1918. He is co-publisher of the Gallatin North Missourian, recipient of a number of state and national awards for general excellence and editorial effort, including a Freedom foundation Award.

His newspaper career started with a post at the old Kansas City Journal-Post as a carrier-salesman. Later, he joined The Kansas City Star as a phone boy on the sports desk.

He also pioneered The Blue Valley News, one of the first community newspapers in the Kansas City area, by composing and printing the paper in his family’s garage.

In March 1952, Snyder returned to Gallatin, Mo., and formed a partnership with the late W.M. “Scout” Harrison in the Gallatin Publishing Company.