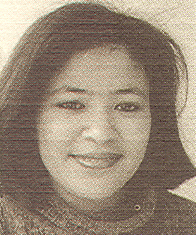 The Main & Guardian, formerly The Weekly Mail, is a South African daily newspaper specializing in politics and current affairs. Founded by Anton Harvber and Irwin Manoim in 1985, the paper was created to maintain a tradition of objective journalism in south Africa’s divisive political climate. At a time when newspapers routinely portrayed the African National Congress as a terrorist organization, the Weekly Mail provided balanced critical accounts of ANC activities. In contrast to other regional newspapers, The Weekly Mail refused to target its news coverage to separate racial markets. The paper gained an international reputation as an outspoken critic of apartheid, leading to a number of clashes with the government and its eventual suspension in 1988. Despite these setbacks, The Weekly Mail built an extensive readership including the still-jailed Nelson Mandela and key foreign policy makers around the world. By influencing academics, policy makers, and government leaders, the paper played a key role in the eventual dismantling of the apartheid state.