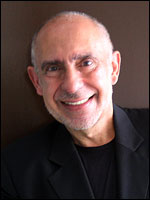 Mario R. Garcia, CEO and founder of Garcia Media, helps media houses worldwide to rethink their products to survive and thrive in a multiplatform world. With more than 40 years of design and teaching experience, Garcia has been a consultant to more than 560 newspapers, magazines, websites and tablets worldwide. These include The Wall Street Journal and its European and Asian editions, The Washington Post, Paris Match (France), Die Zeit (Germany); El Mercurio (Chile), The Hindu, (India), Il Secolo XIX (Italy), El Tiempo (Columbia), G_teborgs-Posten (Sweden), and many others around the world.

Garcia focuses his current work on the creation and development of news iPad applications, emphasizing the importance of storytelling across platforms. He is engaged in a new EyeTrack research project with The Poynter Institute, on how users approach news iPad applications. Garcia has served on the faculty at Syracuse University, the University of South Florida and The Poynter Institute, where he founded the visual journalism department.

Garcia is author of more than a dozen books, publications and chapters, including his most recent, “Pure Design.” Two are about compact formats: “The Impact of the Compact” and “Shaping the Future of Newspapers: New Print Products.” His next book, based on the iPadLab segments of his blog, will be published at the end of 2012.

Garcia has served as a member of Poynter’s National Advisory Board. He has won numerous awards from the Society of News Design and received its first Lifetime Achievement Award. People en Espanol magazine included Mario Garcia on its 2007 list of the 100 most influential Hispanics in the world.