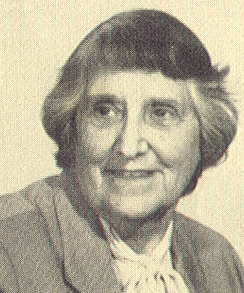 Mary Kimbrough, 1992 St. Louis Media Person of the Year and the first woman to receive the honor, began her career at the Tulsa Tribune after doing graduate work at the University of Oklahoma. In the early 1940s, she went to work for the St. Louis Star times and Eventually became its women’s page editor. That newspaper folded in 1951 but the St. Louis Post-Dispatch quickly hired her as a feature writer and later as an advice columnist. She co-authored a book on the subject called voices Set Free. She recently received one of the three National Headliner Awards from Women in Communications, Inc., recognizing achievement and consistent professional excellence in fields of communication.