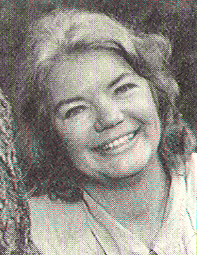 Molly Ivins, a columnist with the Fort Worth Star-Telegram, began her career with the Houston chronicle after graduating from Smith college and Columbia University. During her tenure as the co-editor of the Texas Observer, Ivins rocked the Texas political arena with her coverage of the state legislature. After serving three years as the Rocky Mountain Bureau chief at The New York Times, Ivins returned to Texas to continue her legacy as one of the state’s preeminent political columnists, initially with the Dallas times Herald and now with the Star-Telegram. Her award-wining commentary has made her a three-time Pulitzer Prize finalist and earned her this year’s Headlines for best column in Texas. Ivins also has written two books that synthesize her work on politics and journalism.