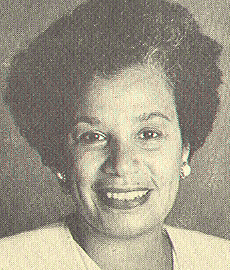 Nancy Hicks Maynard, the deputy publisher of the Oakland Tribune, began her career in journalism at the New York Post after graduating cum laude from Long Island University. She moved to The New York Times a year later, first as a reporter and then as a Washington correspondent. She spent most of 1978 as a professor of journalism at the University of Michigan before becoming a director, and later president, of the Institute for Journalism at the University of California-Berkley. In 1983, she became a reporter and commentator in Oakland at KTVU-TV. A respected author and biographer as well as a songwriter, she is often a guest panelist or commentator on national network news programs. After graduating from Stanford Law School in 1987, she returned to print journalism and, in 1988, became senior vice president of the Oakland Tribune. In 1990 she was named deputy publisher.