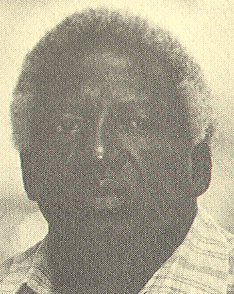 Peter Magubane’s compelling photographs of black resistance and white oppression in his native South Africa earned him a position as a staff member at the Drum in 1956. He worked for Rand Daily in 1980 and began freelancing for Time magazine in 1978. Showing the world vivid photographs of how native South Africans were being treated, Magubane was forced to spend 586 days in solitary confinement and six additional months in jail even though he was never convicted of a crime. Mugubane also was expelled from the country for five years. Magubane’s work has resulted in several books, including Black As I Am and Federation of Black Women in South Africa. He won the Robert Capa Overseas Press Award in 1986 and his work was exhibited in 1989 at the van Gogh Museum in Amsterdam.