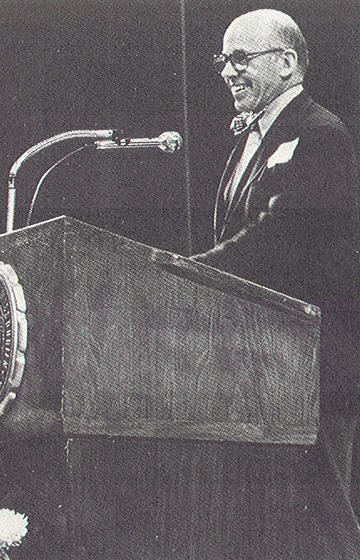 Richard Dudman has covered national and foreign affairs for the St. Louis Post-Dispatch for 25 years. The prize-winning Washington correspondent directed as even-member bureau in the nation’s capital, supervising the obtaining and reporting of information for portions of the Pentagon papers story in 1971.

He reported on the first Jewish displaced persons arriving the Israel, the CIA’s secret training camps in Guatemala, crop destruction and “free fire zones” in Vietnam and his own capture by the Cambodians in 1971 and attack y a Cambodian terrorist in 1978.

Dudman received a bachelor’s degree in journalism and economics from Stanford University in 1940.

Dudman retired from the Post-Dispatch in April 1981 to join his wife, Helen Sloane Dudman, in managing two radio stations which she owns and operates in Maine.