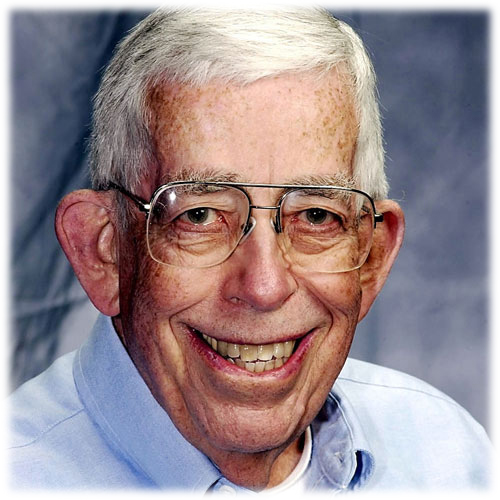 Rod Gelatt has influenced many of the world’s top radio-television journalists during his more than 45 years of distinguished service with the Missouri School of Journalism. He joined the faculty in 1963 and was a director of news or public affairs for 22 years — first for the School’s NBC affiliate, KOMU-TV, and later for its public radio station, KBIA-FM. From 1980 to 1993 Gelatt produced and moderated KOMU’s “Missouri Forum” public affairs program, and from 1986 to 1992 he chaired the Broadcast News Department. During those years he also coordinated the annual judging for the Radio-Television News Directors Association’s Edward R. Murrow Awards, which recognizes outstanding achievements in electronic journalism. Gelatt served as the School’s liaison to the committee created by the Missouri Supreme Court to draft guidelines for bringing cameras and microphones into the state’s courtrooms. In 1998 he helped launch the Missouri London Program, the School’s most popular study-abroad experience. From 1995 to 2008 Gelatt hosted “Views of the News,” a weekly news media critique program on KBIA. He received the Chancellor’s Faculty Retiree of the Year Award in 2008 and served as president of the MU Retirees Association from 2006 to 2007. Gelatt received the Mizzou Alumni Association Faculty-Alumni Award in 1987.