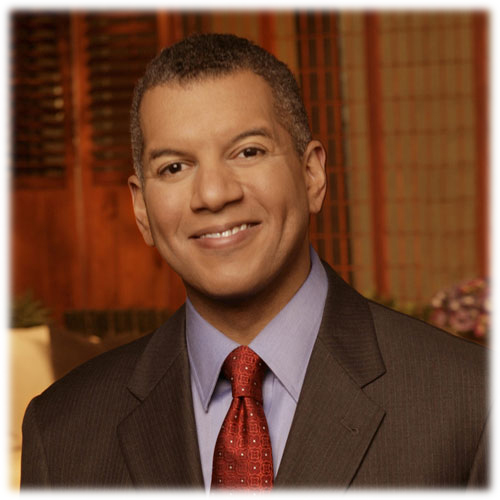 Russ Mitchell, BJ ’82, has covered the world’s major news stories for the past 15 years as an award-winning correspondent, reporter and anchor for CBS News. Mr. Mitchell was named news anchor of The Early Show and the Sunday edition of CBS Evening News in 2006, and he continues to serve as a correspondent for the CBS News Sunday Morning show. From co-anchoring coverage of the Columbia Space Shuttle disaster with Dan Rather to covering the 1996 presidential election, Mr. Mitchell has been a trusted source for news in millions of homes nationwide. Mr. Mitchell also has served as a Washington, D.C., and New York correspondent, a 48 Hours contributor and Eye to Eye news magazine correspondent, where he reported from Russia, Chile, Indonesia, France and Haiti. Early in his career, Mr. Mitchell reported and anchored for television stations in St. Louis, Kansas City, Mo., and Dallas. His many professional awards include a Sigma Delta Chi Award for spot-news coverage of the Elian Gonzalez case; an Emmy Award for coverage of the TWA Flight 800 crash; a National Association of Black Journalists News Award; and two Emmys from the St. Louis Chapter of the National Academy of Television Arts and Sciences.