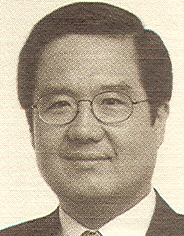 Sang-Hoon Bang is the publisher, president and CEO of The Chosun Ilbo, Korea’s largest daily newspaper. Mr. Bang joined the paper as a staff writer in 1970, because publisher in 1989 and president in 1993. Under Mr. Bang’s leadership, The Chosun Ilbo has been at the forefront of the environmental movement with such internationally recognized campaigns as “Save Our Streams,” and “Clean Up the World, Clean Up Korea.” In 1992, he introduced an ombudsman system and byline policy that significantly raised the standards of Korean journalism. Mr. Bang has also initiated an “Information Movement” campaign designed to keep Korean journalism in the vanguard of the information age. Mr. Bang’s commitment to journalism has led to his Vice Chairmanship of the International Press Institute, the largest international press association in the world. At that organization’s annual meeting in 1992, he presented the Korea Country Report, indicating a new trend toward freedom of the press in Korea.