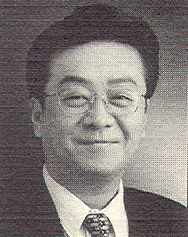 Shuhua Chang was an innovative journalism educator for 25 years. He brought his experience as a photographer for National Geographic and the executive producer of Taipei’s 60 Minutes to his students in both Tamkang University and Chinese Culture University. On July 1, 1997, the Missouri Journalism graduate (MA ’73, Ph.D. ’85) was appointed Chief Executive Officer of the United Television Network, Inc., the largest cable television network in Taiwan. He oversees news and entertainment programs for six cable channels.