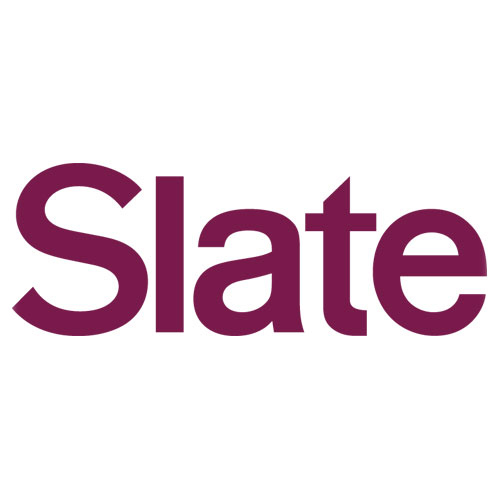 Slate is a trend-setting, daily online magazine with a readership of more than 6 million adults. At Slate, some of America’s most talented and provocative journalists cover politics, business, culture, sports, technology and other subjects with signature wit and irreverence. Founded in 1996 by Michael Kinsley and Microsoft, Slate is recognized as a constant source of innovation in visual and multimedia Web journalism. The publication pioneered aggregation with Today’s Papers; published the first political blog, Kausfiles; revolutionized Supreme Court coverage; and introduced beloved and widely imitated features such as the Explainer and Human Guinea Pig. Slate has won many awards, including the National Magazine Award in the general excellence online category and numerous Online Journalism Award recognitions. The Slate Group, an online publishing subsidiary of The Washington Post Company, publishes the magazine. Accepting the award on behalf of Slate is editor David Plotz. An original Slate employee, Plotz has been with the Web magazine since its launch in 1996, and served as its staff writer, political correspondent and Washington editor. Before coming to Slate, Plotz was a writer and editor at the Washington City Paper. Plotz is the author of two books, both of them based on Slate projects. Plotz has won the National Press Club’s Hume Award for Political Reporting, an Online Journalism Award and the Lowell Thomas Award for travel writing. Plotz is a National Magazine Award finalist and a three-time Online Journalism Award finalist.